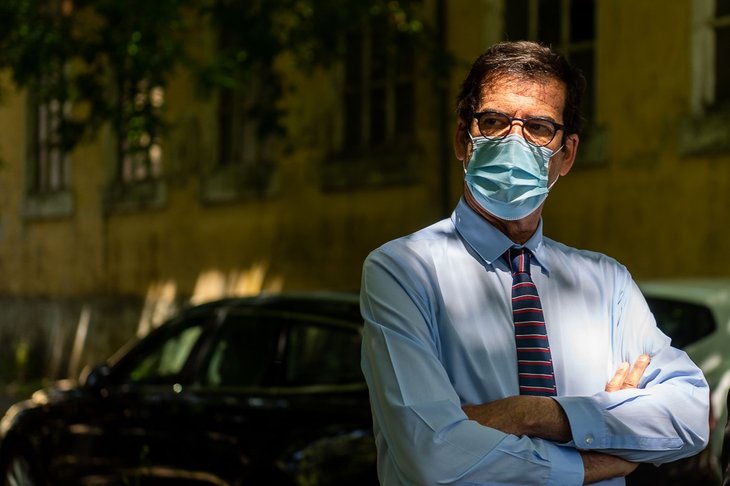 The Mayor of Porto affirmed this morning that “it is not acceptable that as regards vaccination, there are territorial criteria, when they were not in place, previously”. Rui Moreira considers that “there are double standards” and that the Government and the health authorities did not go well regarding the loosening measures implemented in Lisbon, even if there has been a decline or a clarification”. “The North and the rest of the country are treated differently regarding the capital”, criticised Rui Moreira.

According to Rui Moreira, in other cities where there was an upsurge in the number of Covid-19 cases “there was no equal concern”. And even if solidarity cannot be called into question, there is another prevailing question. “This is one country, we all have the same rights”, declared the Mayor of Porto to the media, this morning, during a visit to the construction working site in the former Slaughterhouse, the Matadouro, in Campanhã.

Also, the statements by the Health State Secretary, António Lacerda Sales, on the contacts made with Lisbon City Hall, rightly notes that “there is a double standard” in this regard, as affirmed Rui Moreira.

Although these negotiations are to be considered positive, the mayor does not understand why these contacts are not held with other municipalities, as well, and provided an example: “in Porto, we were innovative at the time of testing in Queimódromo. In January this year, we have announced a drive-thru” on the same location, and the equipment was provided by the São João Hospital under a protocol. Until today, and even with favourable opinions by the ACES Ocidental and Oriental [Health Centres], the Mayor of Porto states that “we are still not heard and there is no dialogue with us”. “This is difficult to understand”.

Rui Moreira is also very critical of the “coloured map” and the mathematical models that determine the reversal of the lockdown measures. If Braga, for instance, is at risk of going back to stricter measures, it is difficult to understand that, on the contrary, “if the problem is in Lisbon, the red sharpie is altered”.

“In Lisbon, there are talks with the City Hall; here, City Halls are ignored”, notes Rui Moreira, highlighting that, last year, when the health cordon to Porto was announced, “no one talked to me”.

“The North and the rest of the country are treated differently than the capital”, enhanced the Mayor of Porto.

If anyone would have ask the Mayor of Porto, and he had been given the competence in that regard, he would say, beforehand, that he had a complaint. “I don’t see any reason for restaurants to close doors at 10.30 pm: there is an increased concentration of people and, besides, it is harmful for the economic activity”. The Mayor of Porto also shared that this rule also hinders the recovery of trade, which, in his opinion, could also close doors at a later time in shopping centres.

Collaboration at the Champions' League final is ensured

When asked by the journalists, Rui Moreira clarified the role of Porto City Hall at the Champions' League final, which will be played next Saturday, on 29 May, in the Dragão Stadium.

“Porto City Hall is not the organiser or the co-organiser of the event, which is organised by the Portuguese Football Federation and UEFA, sponsored by the Government”, Rui Moreira clarified, and confirmed that these entities have requested the collaboration of the Municipality of Porto and that two spaces have been granted to the organisation, namely “one at the Avenida dos Aliados and another in Alfandega (Customs)”. “I am not sure if these are called fan zones”, the Mayor informed.

“All the resources of Porto City Hall are available: Municipal Police, Civil Protection and Fire Brigade”, the Mayor of Porto detailed, recalling that the Municipal Police has no competence regarding protection and safety, but whenever it is requested, it grants due support. “It is a monitoring force that is at the disposal of the PSP, as always. I recall that we have placed the Municipal Police at the service of the PSP, during the ongoing pandemic, and I believe no other municipality has done so”, noted Rui Moreira.