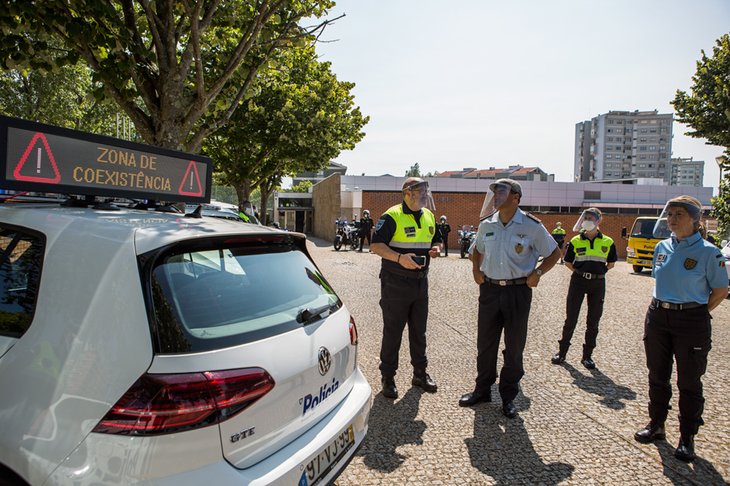 The Mayor of Porto City Hall, Rui Moreira will make available all Municipal police and logistical resources to the Metropolitan Command of the Porto Public Safety Police (PSP), starting at 12 o’clock midnight today. The goal is to unite efforts of both police forces in fighting the pandemic.

Chief Superintendent Magina da Silva sent a letter to Mayor Rui Moreira, highlighting that the “aggravation of the pandemic crisis, which is devastating us, demands extremely close cooperation between institutions and thus requires central control unit of the entire police action, with the goal of verifying compliance with all the restrictive measures under the State of Emergency that we live in”.

The National Director of the PSP also mentions that he made the decision to consult the Mayor of Porto with the purpose of asking the support of the Municipal Police, also taken into consideration the proposal by the Commander of the PSP Porto Metropolitan Police, Paula Peneda.

Under the Inter-administrative agreement between the PSP and Porto City Hall and the Decree-Law 13/2017, “all available resources of Porto Municipal Police, who will be under the command and operational control of COMPETPOR, shall start at 12 o'clock midnight, on the 23rd of this month and shall prevail as long as the general duty of confinement is in place, as issued by the Government decrees”.

This cooperation will deal, in particular, with the police actions that regard monitoring compliance with the restrictive measures, under the State of Emergency, issued by the President of the Republic.