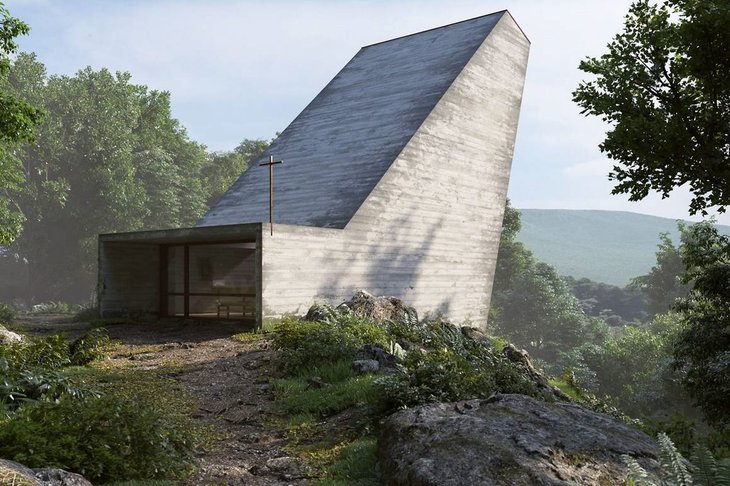 The Joaquim Portela Arquitetos atelier won the third prize for its sacred architecture project, the Cohen Chapel, in the Swiss Alps, awarded every four years by the Frate Sole Foundation, in the framework of Sacred Art and Architecture International Prize. The building was chosen out of 114 projects or churches and chapels of 33 countries that submitted applications to the award.

Joaquim Portela, architect from Porto, was the third winner of this international sacred art competition with the Cohen Chapel, built in 2017. The project features modern and contemporary lines and blends in perfectly in the natural surroundings, as stated by the architect's atelier.

The Frate Sole Foundation established this prize to raise awareness on new religious buildings and contemporary churches around the world.

The Cohen chapel seeks spiritual simplicity, as stated by its author, the architect Joaquim Portela to Ecclesia Agency: "We tried to erase all that was redundant and that sometimes can become grotesque. This does not mean that Baroque churches are not visually agreeable in any way, but tour team tried to eliminate all the ornaments, and we sought a pure building shape, which would convey all the necessary information of a sacred place".

This third place grants the atelier from Porto a prize money of 5 thousand euros. The winner was the German studio meck architekten, for the Seliger Pater Rupert Mayer church, built in Poing, in the outskirts of Munich, in Germany.

The first time a Portuguese project won the International Sacred Architecture was in 2000 with architect Álvaro Siza Vieira, awarded by the project of the Church of Santa Maria, in Marco de Canaveses.