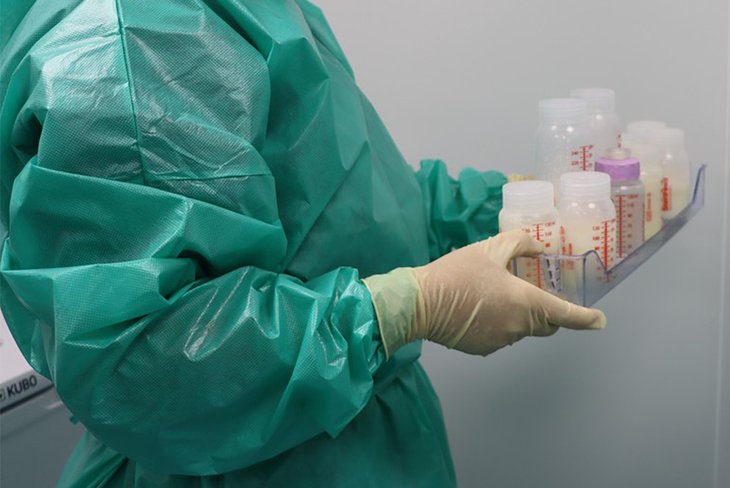 The São João Hospital opened today the Breast Milk Bank, the first in the North and which will, surely, nourish the most fragile babies hospitalised in neonatal units.

The aim of the project implemented by Centro Hospitalar e Universitário São João (CHUSJ) is to reach the entire northern region. In Portugal, in addition to this one, there is already another Bank located at Maternidade Alfredo da Costa (MAC), in Lisbon.

"The Northern Breast Milk Bank has its physical headquarters here [Hospital de São João] created with local investment, but its use extends to the entire region. The main goal is for all hospitals in the North to have the possibility of using the HSJ milk bank if they have a newborn or sick baby that needs breast milk," CHUSJ clinical director Maria João Baptista told Lusa news agency.

Centro Hospitalar e Universitário São João’s investment was nearly half a million euros, since it was necessary to upgrade the hospital's milk pantry, where food is prepared for babies who are not breastfed. The Bank's team includes pharmacists, clinical pathology specialists, nutritionists, among other professionals and technicians.

The Northern Breast Milk Bank will rely, according to the CHUSJ clinical director, on the "generosity" of donor mothers, who will have the support of teams that will go to their homes to collect the donated milk, and clarify questions, in order to ensure that they are comfortable with the experience of breastfeeding their child and donating milk. To become donors, mothers of healthy babies under six months old just have to express their wish by sending an email to blh@chsj.min-saude.pt.

Premature babies, whose mothers are biologically unprepared for breastfeeding, for example due to the early arrival of their children, leading to the absence of breastmilk, or even have it but not in sufficient quantity, can benefit from this donated milk. Hospitalised babies for long periods in neonatal departments after, for example, long surgeries or recovery periods, whose mothers had milk but ran out of it during the child's recovery, also benefit from this project.