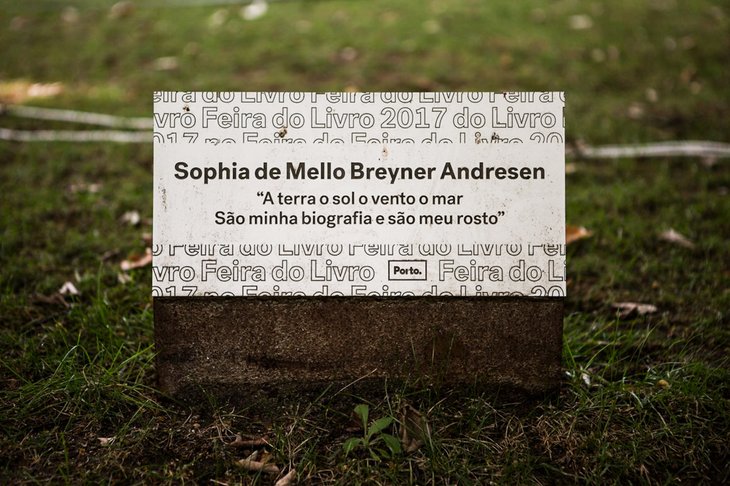 On 6th November 1919 Sophia de Mello Breyner Andresen was born in Porto. Her family affectionately nicknamed her "Xixa". She loved books, histories and poems and maybe that is why she became one of the greatest Portuguese writers of all time.

So, Sophia de Mello Breyner Andresen would be 101 years today. Besides being a poet se was also a member of the Constituent Assembly, which led to the first free election to be held in Portugal, following the 25th April 1974.

Sophia was the towering figure of Porto Book Fair 2017, and the writer rightfully has her own Linden tree at the Linden Avenue in the Gardens of Palácio de Cristal, or the Poets and Writers Avenue as Mayor Rui Moreira likes to call it.

The sea is most probably the central theme in her poetical works. Other important themes are Ancient Greece and ideas of freedom and justice. She wrote books as «A Menina do Mar», «A Fada Oriana» or «O Cavaleiro da Dinamarca», just to mention a few.
She also devoted to poetry and was the first woman to be granted the highest literary Portuguese award, the Prémio Camões, in 1999.

The centenary of the birth of Sophia de Mello Breyner Andresen was celebrated in Porto, in 1919, with the presentation of a ground-breaking exhibition on Sophia's work in Porto from the writer's private library. Besides her work as a writer, she translated Dante and Shakespeare into Portuguese.

In 2014, she was unanimously chosen by the Parliament to settle her remains in the National Pantheon, the second woman to be so honoured, after Amália Rodrigues.

Her poetry has been translated into English by Ruth Fainlight, Richard Zenith and most recently by Colin Rorrison with Margaret Jull Costa, as well as into most languages in the world.

Sophia's extraordinary literary journey explained in her own words: "Poetry is my understanding of the universe, my way of relating to things, my participation in reality, my encounter with voices and images. This is why the poem speaks not of an ideal life but of a concrete one: the angle of a window, the resonance of streets, cities and rooms, the shadow cast by a wall, a sudden face, the silence, distance and brightness of the stars, the night's breath, the scent of linden and of oregano".