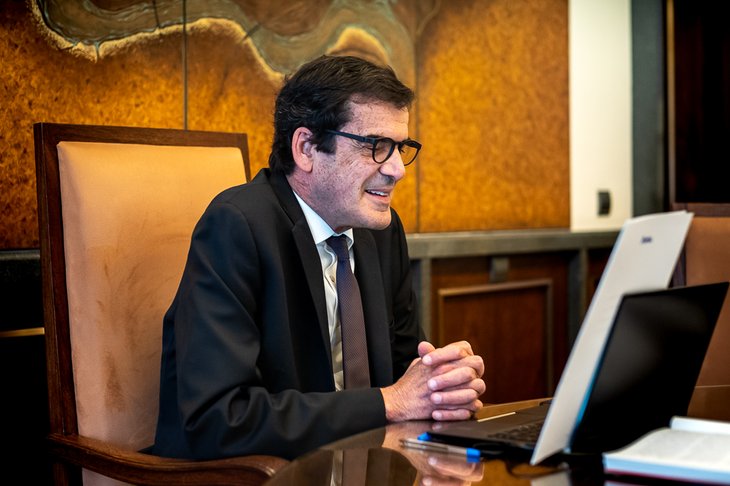 Mayor of Porto, Rui Moreira presented welcoming remarks during the R&T Conference Impact of Disruptive Technologies on Defence that is held, this year, under the Portuguese Presidency of the Council of the European Union. The event was scheduled to take place in Porto, but took to the virtual format due to the ongoing pandemic.

Rui Moreira affirmed that “The challenges brought by the globalisation require an ever-closer strengthened cooperation at the level of the European Union and NATO, to safeguard the European way of life rooted in freedom and fundamental rights of citizens.”

The Mayor of Porto added that a common defence policy to overcome crisis is currently all the more relevant, especially regarding “the current health and migratory crises”. Rui Moreira also highlighted “the significance of technological innovation to the defence systems modernisation”, which have to be able to “respond effectively to the new challenges facing us, like terrorism or cybercrime”.

Rui Moreira concluded by stating that Porto is “a safe city; one that perfectly blends old and new”, and where everyone is “very much welcoming”. The Mayor also stressed that in a city where there are aplenty food and wines experiences, there is also culture, a sort of glue "that binds people together”.

The conference is ongoing, today, 20th April and its main goal is to promote an open debate on the need that the European Union and Member States develop emerging and disruptive technological solutions that will improve its military and defence capabilities.