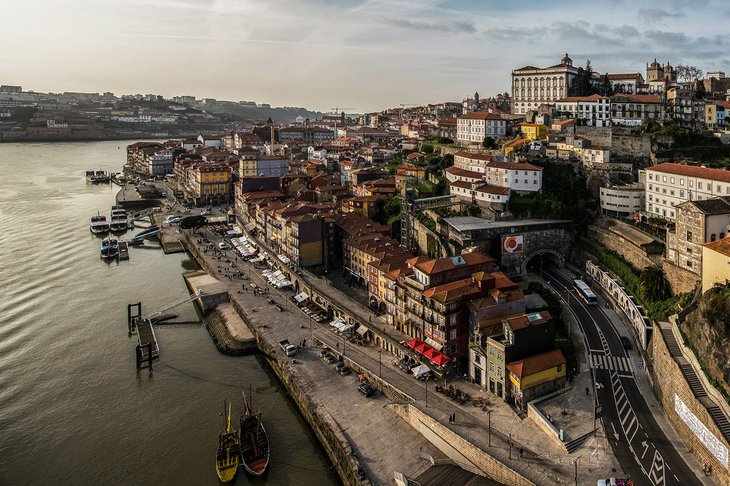 The promotional set of videos that reflect a Porto of architecture, gastronomy, handcraft, viewpoints, and hospitality, launched by the Municipality, won a silver medal from the International Tourism Film Festival Africa. The grand award from the jury was given to Turismo do Porto e Norte de Portugal for the production “The Majestic Adventures of Ofelia de Souza”.

The promotional campaign produced by the Municipality of Porto recognized in the Tourism Destination – City category, starts with the journals of a journey through Porto’s architecture, continues through the city’s gastronomy, and introduces the crafts made in the Invicta.

The set of videos also include a guide to the best places to see Porto, the yellow arrows to follow the Ways of Santiago that pass through the city, and show, in many ways, the hospitality and the art of hospitality that characterizes the people of Porto.

To award the prizes, criteria such as impact, creativity, style, theme, narrative, and effectiveness of the goal were considered.

Winner of the gold medal in the Tourism Products category, the humorous video “The Majestic Adventures of Ofelia de Souza”, produced by Turismo do Porto e Norte de Portugal, won the Grand Award of the festival.

The video was released in October 2021, and it is aimed at the increasingly competitive sector of the Meetings Industry and presents the region as a “destiny of excellence for business tourism”.

In early May, the campaign had been distinguished at the New York Festival TV & Film Awards, with a “Gold Trophy”, in the “Corporate Image” category.

The jury of the International Tourism Film Festival Africa also awarded, with a silver medal, another video from Turismo do Porto e Norte de Portugal. Launched in May 2021, “Porto & the North of Portugal are awaking” was recognized in the Tourism Destinations – Region category.

This year’s Editions of the festival brought together 315 participations from 55 countries. For the first time, the winners received points that give access to the ranking of the International Committee of Tourism Film Festivals (CIFFT), in charge of choosing the “World’s Best tourism Films”.

In partnership with the World Tourism Organization, the European Travel Commission, Centro America Tourism Association and Skal International, the CIFFT “rewards the recognition and importance of audio-visual communication in tourism”, encouraging touristic destinations to “achieve excellence in promoting cities, products and services”.