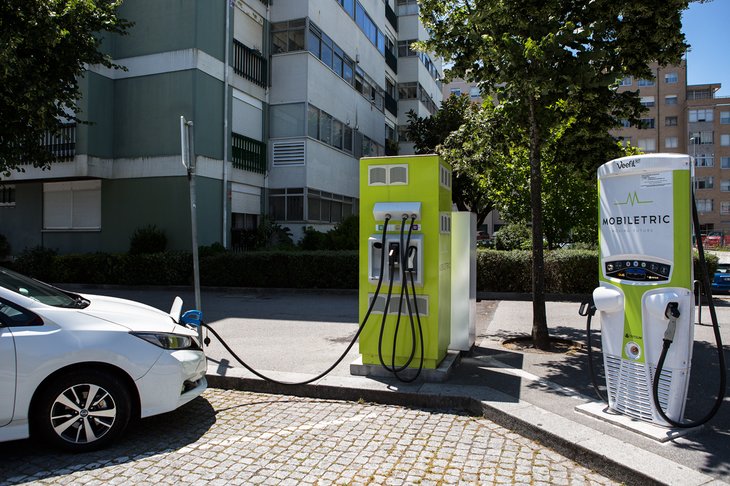 It is a fact that the majority of the world population lives in urban areas; also, over ninety percent of urban areas are coastal, which means that most cities on the planet are extremely vulnerable to the effects of the climate crisis as sea levels rise or polar ice melts, and even potent hurricanes. Thus, Porto is making a difference as it improves the lives of its citizens, while fighting global warming and mitigating climate crisis.

Porto was pioneer in the promotion of electric mobility in the country, as the City Hall and the municipal companies have invested and continue to invest on ecological fleets. The municipality now has environmentally-friendly cars and motorcycles and quadricycles. The necessary infrastructure to charging these vehicles is in place and this is an ongoing investment.

As of 2017, Porto City Hall decided to award a rental contract for plug-in electric and hybrid vehicles. This measure will allow the city to save money (annual fuel savings of approximately 600 thousand Euros) and also reduce CO2 emissions by as much as 2350 tons in the coming years.

This decision is part of the environment policy by the municipality, towards a more environmentally friendly mobility.

With this new vehicle fleet, the municipality of Porto aims to pursue the ultimate goal of zero emissions of toxic and hazardous materials, in line with the municipal strategy for adapting to current climate change and the Improvement Plan to Air Quality for Nitrogen Oxides.

Also, Porto is getting greener by the day, with the new vehicles for recyclable trash collection running on natural gas. The recycling collection all across town is carried out with "green" vehicles in order to reduce pollution and improve the carbon footprint.

Lipor, the inter municipal entity for collection, treatment and valuation of the urban solid waste handed over two natural gas vehicles to the city of Porto, for recyclable collection of garbage in the city. The associated municipalities were handed over a total of 13 vehicles.
This project was financed by the PROSEUR programme, in a total investment of 1.9 million euros.

This is another step forward regarding Porto sustainable policy established by Mayor Rui Moreira and his team.

Moreover, Porto Public Transportation Company, STCP drives eBUS in the city of Porto, in the framework of both the renewal of the bus fleet and the bet on environmentally friendly vehicles for the city. Pioneered by Caetano BUS, jointly with Siemens and institutions from Porto University, the eBUS is a bus driven by an electrical motor, which has a capacity for 35 seats and a maximum driving speed of 70 km/h.

A fleet of buses powered by electricity brings significant benefits not only for the environment but also to all street users, namely riders and pedestrians.

In the scope of the energy transition process, the rehabilitation of Municipal Housing corresponds to a true positive impact on combating energy poverty, as about 12% of this type of dwelling involves the installation of solar panels for sanitary water heating, for example. Therefore, the city of Porto is complying with a growing share of renewables and is committed to reducing energy consumption costs.

Solar panels have enabled savings of around 60%, in water heating to a population that most hardly would have own means of adopting such a solution.

Porto is committed to mitigate climate change; thus, on the city's own initiative, Porto raised the CO2 reduction target to 50 percent till 2030, for a more decarbonized city where citizens are granted access to a safe, sustainable and renewable energy.

The municipality has implemented Nature Based Solutions all across the city, as the Urban Native Woodlands Programme, aka FUN Porto, or the Urban Vegetable Gardens in Porto, thus increasing the city's resilience to climate change and providing citizens with positive ecological benefits.

The impact of Porto subscribing to the Covenant of Mayors Pledge at international level is extremely significant as it strengthens Porto's position in the EUROCITIES network, namely regarding the Environment Forum.

Furthermore, Porto joined the Transport Decarbonisation Alliance and committed to reaching these new targets till 2030. This was subscribed by the Mayor, Rui Moreira, in March 2018 at the Urban Future Global Conference.

Public lighting is also in the municipality's agenda regarding energy efficiency, as the operation "Porto.Luz + Eficiente" has enabled the replacing of traditional street lamps (2.483 in several streets in Porto) with lamps using LED technology and involving significant reductions in energy consumption and CO2 emissions.

Also, urban renewal in Porto is less based on destruction and more on renovation and investment, and today it is an integral part of the local government's policies.