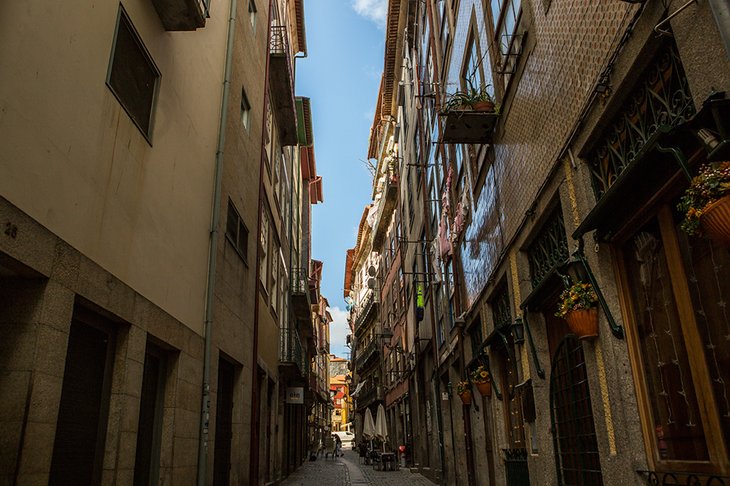 Summer 1899. Porto. The bubonic plague spread in the Ribeira area, in Porto and caused the death of several people, which led authorities in Lisbon to declare a cordon sanitaire in that part of town to prevent the plague from spreading.

Porto was not the only city in Europe to be affected by this third global endemic of the plague, which had first been detected in the Chinese province of Yunnan, in China, around 1840.

The revolution in the maritime transportation enabled the endemic to spread global wide, first hitting the American continent and then the Oceania, with India having been the most affected country: 10 million died in the 12 years that followed.

There were local spreads in Paris, Marseille and the Azores. Porto would be the first European city to have been hit hard, with circa 320 cases and 132 deaths, and the last place in Europe where the Bubonic plague lingered as a true tragedy.

The turmoil was between a medical profession that affirmed its power, the towering figure being Doctor Ricardo Jorge, who organised the National Health System and the disconnected sanitary measures issued by the central government that caused severe constraints to the economic activity in the Invicta.

Something that is particularly worthy of mention is the fact that, contrary to what happened in San Francisco, with the Chinese, in South Africa, with the Black, or in Brazil, with the African descendants, there was no identification between the illness and a particular race that was blamed by the epidemic or being especially vulnerable to the disease in Portugal.

The syndrome was recognised as the Yersinia pestis that can infect humans via the Oriental rat flea. In fact, this bacterium was found in the bodies of the deceased in the Ribeira area, as well in the dead mice and cat, also found in that area of the city. Due to strong sanitary measures, the disease was restricted to Ribeira.

The rumour that some strange deaths were occurring in the Ribeira area reached Doctor Ricardo Jorge, by means of a simple written note, but that led the doctor and scientist to take the message seriously. After examining one of the afflicted, Ricardo Jorge immediately visited the place where the illness was growing evident, to search for more information.

The epicentre of that endemic was Ribeira, especially nearby the river Douro, as Doctor Ricardo Jorge found out and exposed the fact to the authorities, the press and the city. So, the street of the Fonte Taurina was the place where the first declared death by the bubonic plague took place; it was a worker of the Galician community, named Gregório Blanco, who worked as a docker.

Doctor Ricardo Jorge was resented by the city traders that were seeing their businesses hindered by the preventive measures and the cordon sanitaire. The Doctor had to be escorted by the police when visiting the ill.

The newspaper “O Comércio do Porto” was a “powerful ally of the Porto Trade Association”, and it would denounce the “set of measures issued by the central power to weaken the economic activity in the city of Porto”.

On 17th August 1899, as regards a ban on the circulation of goods, the newspaper wrote: “when such measures take place, it is necessary to grasp the extension of such measures” and further stated that “Public health before and foremost, yes. But it is not acceptable that shielded by public health, a country is disgraced, and those earning a living working in the industry should be lowered to poverty”.

This critique is still more explicit after the cordon sanitaire was declared: “We are well aware – the Porto Square is – that the day the lockdown was ordered, travelling salesman and traders departed Lisbon in large groups, spreading to the Centre and North of the country, relying on the fact that they would be able to gain that economic space, that had been unjustly denied to the traders of Porto” (in “O Comércio do Porto”, 27th August 1899).

“Rightfully, the city saw this measure as an attack to its economic activity and a greater concern in containing the plague inside Porto rather than to extinguish it”.

Despite the attacks, both by the population and the media, Ricardo Jorge remained in Porto to fight the plague during the months that followed until the epidemic was controlled. He would only leave Porto when he was designated to carry national functions.

The plague was extinguished in Porto in 1899, with minor outbreaks across the city and a total number of 300 registered cases.

Current knowledge allow to perceive that the cordon sanitaire or even other sanitary measures, except for the mice chase, were not relevant in the relatively weak extent of the dissemination of the illness.

Election was close and the relative normalcy of the sanitary mechanism, as well as the reduction in cases led to the Government alleviating the cordon and to the nightmare being forgotten.