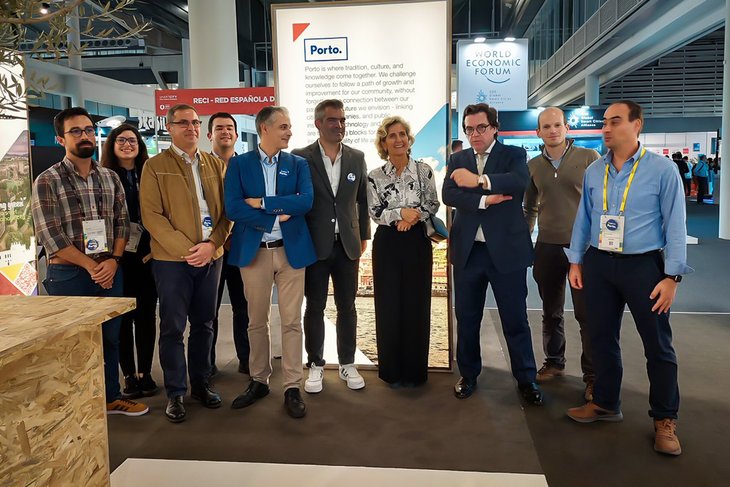 The Municipality of Porto, represented by Porto Digital – the entity that develops and executes the Innovation and Digital Transition strategy in the city – participated in the Smart City Expo World Congress. The congress took place this week, in Barcelona, and brough together the main world entities to discuss current key topics related to the future of smart cities.

The Municipality integrated the Pavilhão de Portugal, an initiative of the Agência para o Investimento e Comércio Externo de Portugal (AICEP) and the Consulate of Portugal, and in this space, presented some real examples that place Porto on the spotlight among the most inspiring municipalities in terms of national urban intelligence – like Porto Free Wi-Fi network and Explore.Porto, among others.

In addition to the congress, the Municipality participated in several events in the Catalan city, focused on themes like digital rights, artificial intelligence, and sustainable development.

At the same time as the fair, Barcelona hosted the Mayors Forum of the European initiative Intelligent Cities Challenge (ICC), which was attended by Porto vice mayor, Filipe Araújo, who is also responsible for the Department of Innovation and Digital Transition. Porto, as a mentor city, shared the vision and actions carried out within the scope of the European Ecological Pact. Filipe Araújo took the opportunity to highlight the Climate Pact which, after being launched in January this year, has already been subscribed by 200 local entities. According to the vice mayor “climate neutrality in 2030 is not an end, but a mean for building a Porto from the future, towards a carbon neutral, resilient, competitive, fair and inclusive city”.

Still in the ICC scope, also the director for Porto Carbon Neutrality, Daniel Freitas, represented a city on a panel on the role of the proximity economy and local business, with an intervention dedicated to the importance of reducing, recycling, and circulating the waste.

Porto is part of the “100 Intelligent Cities Challenge”, initiative, within the scope of the Municipality’s strategy for the development of the city’s technological infrastructure and for the implementation of intelligent urban solutions, which boost the economy and contribute to the city becoming an international reference in terms of digital transition.

The EuroCities network, which brings together more than 200 cities in 38 countries, representing 130 million people, took advantage of the concentration, in Barcelona, of people and organizations linked to smart cities to, in the context of the fair, promote a debate around the efforts of the cities to the responsible use of artificial intelligence/ algorithms. Porto Digital represented the city in this discussion forum, exposing Porto’s perspective on the subject and the efforts already made.

Also worthy of note is the UserCentriCities Summit in the Catalan City, which brought together information managers, experts on digital governance and political decision makers to share experiences and reflect on the digital future of government and the role of cities and regions. Also in this context, Porto Digital presented how the city has developed services centred on the citizens, like Cartão Porto. and ExplorePorto.

The organization Cities Coalition for Digital Rights (CC4DR) held its annual assembly general. About the topic of Digital rights, Porto Digital ensured the representation of the Municipality. The values that govern the network, the commitments assumed by the member cities and the CC4DR services that add value to each of the members, were discussed. On the other hand, the meeting served to prepare the CC4DR political meeting that will take place in December, also in the city of Barcelona.