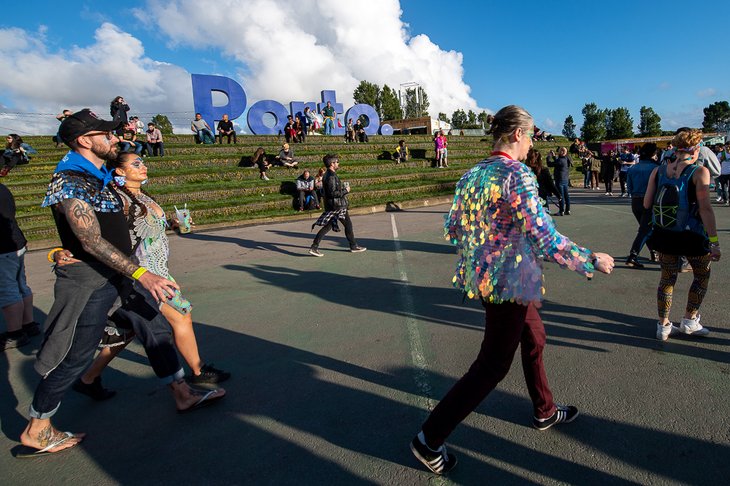 The NOS Primavera Sound music festival is back in the green of Parque da Cidade with the support of Porto City Hall. From 9 to 11 June, among the awaited songs by Nick Cave, Tame Impala or Gorillaz, the Porto. space will promote a “family friendly” sustainable city and focus on attracting talent and investment.

“And you, what city rhythm do you listen?” it is the headline of the billboard of the promotion prepared by the Municipality at the already usual stand that leads to NOS Primavera Sound.

The focus, anticipates the councilor responsible for the department of Economy, Employment and Entrepreneurship, is on the Porto’s international projection, being the most wanted event sought by festivalgoers around the world (so far, around 60% of general passes have been bought by foreigners).

“Primavera Sound, due to the nature of the event, for bringing together thousands of people of different nationalities, in a unique and immersive ambience, with the potential to produce impactful memories, effectively embodies a sublime stage for the continuity of the executive’s strategy in attracting and retaining talent”, says Ricardo Valente.

Being the attraction and retention of talent “a cornerstone in the development of the city”, the Municipality of Porto gives the festival the opportunity to experience several ambiances and dimensions: Porto., Family Garden, which shows a family friendly city, as well as a space that reflects the economy, talent and entrepreneurship that characterizes Porto.

During NOS Primavera Sound, the “Porto Leading Investors” will also be launched, which assumes the mission of introducing to the community the companies, that have contributed the most for the development of the city in the recent years and that best represent the future of the region in emerging areas like ICT, health and life Sciences, cultural and creative industries, mobility, energy and environment.

The main goal of the project is to make Porto a business center where the existing cultural mix and the entrepreneurial ecosystem will be able to boost talent, the creativity and innovation, in line with Porto’s Economic development strategy – “Pulsar”.

Going beyond the physical boundaries of Parque da Cidade, a film will be screened, signed by the director André Tentugal and the composer João Vieira, who will translate, through a seven-note symphony , the city in a musical score.

The Porto. space it also hosts the installation “Paisagem Etérea” by the artist Madalena Martins and counts on the dynamism of the municipal companies Ágora – in support of the lounge area -, Águas e Energia do Porto – with a motorcycle with flavored water, and Porto Ambiente, which will promote traditional games for the little ones who, in a playful way, teach about the separation of waste.

The Municipality goes to NOS Primavera Sound also with the aim of motivating more citizens to sign up for cartão Porto.

Festivalgoers can get to know all the actions at the Porto. stand, which will be open during the three days of NOS Primavera Sound, from 4pm to 2am. Porto. space Family Garden can be enjoyed between 4 and 10 pm.