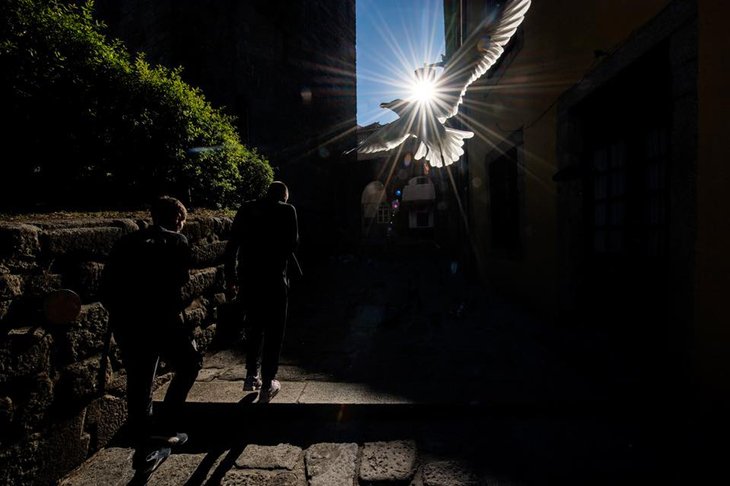 Monday, December 5, marks the 20th anniversary of the Historic Centre of Porto, the oldest area of the city and classified as World Heritage by UNESCO since 1996.

The date will be celebrated with a broad cultural activities programme, organised by Porto City Hall, with the chiming in unison, at noon, of the bells of several churches and monuments, namely, Clérigos, Sé catedral do Porto and the churches of São Francisco, Misericórdia do Porto, São João Novo, São José das Taipas, São Nicolau and Nossa Senhora da Vitória.

The ALUMIA project was officially launched, created to bring a new insight to Porto Historic Centre and invite the public to a new regard at Porto's heritage, with the opening of six light installations, scheduled for 17.30.

There will be an acrobatic dance performance in the Luiz I bridge, UNESCO classified monument, at 5 pm, where a high-flying trapeze will be placed in the upper deck. Afterwards, the opening of an installation unit, which transmits light through the 186 year old bridge's architectural design. Porto is one of the oldest cities in Europe, and it has preserved much of its heritage from times gone by.

Today, at 6:30 pm, the mayor of Porto presents the book "Porto World Heritage 20 years | 20 pictures" in the Library of Seminário Maior.

The book gathers a series of photos regarding the Historical Centre, captured by 20 national photographers, with texts by Alvaro Domingues (geographer and professor at the Faculty of Architecture of the University of Porto), Gaspar Martins Pereira (historian and professor at the University of Faculty of Arts of Porto) and Manuel Carvalho (journalist and editor of the newspaper Público).

After that, at 7 pm, a debate on the "World Heritage", moderated by Professor Álvaro Domingos, attended by Awatif Berdai, Deputy Mayor delegated to international relations and decentralised cooperation, Marrakesh City, Kingdom of Morocco, the City Councilor of the City of Porto, Manuel Correia Fernandes and the architect, Rui Loza.

Finally, at 10 pm, the Salão Árabe of the palácio da Bolsa will host a festive concert entitled "Al-Mu'tamid, King Poet of Al Andaluz". The artistic project integrates several Portuguese, Spanish and Moroccan musicians, who composed original songs from poems by Al-Mu'tamid, the most brilliant Ibero-Arab poet of the 11th century. The themes will be sung in each of the languages of the three countries that are now part of Al-Andalus's most influential geographic territory - Portugal, Spain and Morocco.