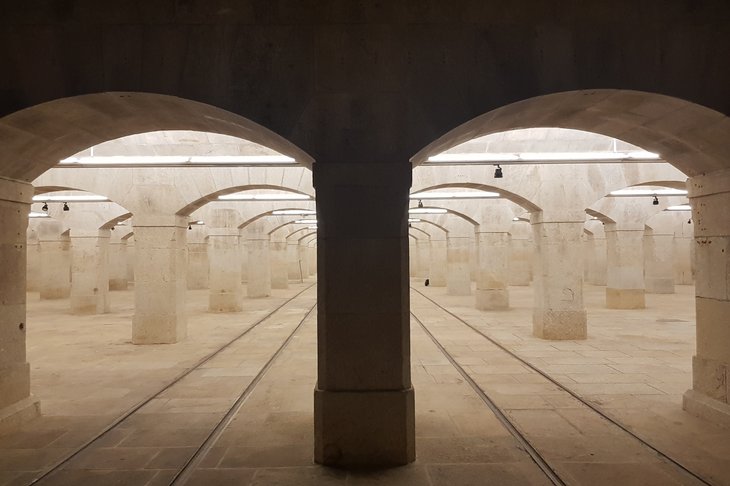 The "Porto Legends - The Underground Experience" is a unique video mapping event at world level, whose goal is to make Porto and Northern region legends known. The event officially kicks off on 26 September.

This is a 100% independent cultural event that will have the participation of Jeremy Irons and Pedro Abrunhosa, who will narrate the legends.

Jeremy Irons and Isabelle Huppert are joint winners of the 16th Europe Theatre Prize; also, Irons awards include a Tony, an Oscar and two Golden Globes. Pedro Abrunhosa is a Portuguese singer, musician and songwriter. Abrunhosa also played himself in the 1999 film La Lettre.

The "Porto Legends - The Underground Experience" resorts to video mapping projection on the walls, on the ceiling and in the Furnas of Porto Customs, two symmetrical spaces built entirely in stonework with 74 arcades that support a magnificent vaulted ceiling.

For the first time in Portugal, a set of twenty holographic screens will be used to ensuring that the projected video gains a ghostly dimension.

Part of this event's revenue will be allocated to buying equipment for the paediatric wing of São João Hospital.

Mark the date in your agenda: starts on 26 September.