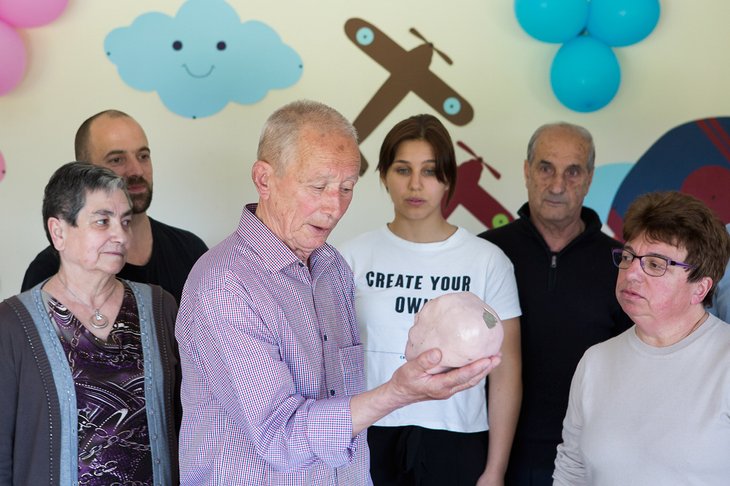 The notion that post retirement or "becoming of age" means one has to give up pursuing meaningful and fulfilling activities is (literally) nonsense. If proof be needed, Porto City Hall launched the "Porto, Older People City Friendly Days" initiative (it is in its third edition now), with the goal of describing the creation of inclusive programmes and the implementation of measures for ageing-in-place, in the city of Porto.

The initiative is energised as a pilot project in the parishes of Campanhã, fisrt, and then extended to Bonfim and takes inspiration from people's life stories that are conveyed into artistic expression by using puppet theatre. Isabel Barros is the artistic director of this social integration project themed "Quem sou eu?" [Who am I?], and develops activities with senior citizens from the city, even from the same residential area, who have never met before. These citizens are now embarking in a project that helps boost their physical and cognitive development, while fulfilling their most needed sense of inclusion in a society that still needs their skills. It is a win-win situation.

Councillor for Social Cohesion of Porto City Hall, Fernando Paulo, stated to the Jornal de Notícias that the “Que sou eu?” is mainly a project of social integration, and personal achievement, which kicked off in 2018 as a pilot experience, in Campanhã and has now extended to Bonfim and more recently to Paranhos, and that has involved other institutions”, which use puppets as a vehicle for development at several levels, namely the Associação das Escolas Jesus, Maria, José do Monte Pedral, by the Teatro de Marionetas do Porto.

Most seniors are aged 70 and 80 years old and many had already theatre experience. Isabel Barros, the teacher of the Teatro de Marionetas that runs the workshop and is preparing the next performance to go on stage by the end of the year, in a date to be announced, stated that “the important thing is to bring all the life stories to the play and work within each one’s individual features". The rehearsal implies working with puppets, preparing the costumes, going over the lines, modulating the puppets, preparing texts and vocals, manipulating the puppets, physical work and some degree of impromptu.

The play also includes original soundtrack, as well as music and songs that were once hits, but are still well present in the memories of Delfina, Joaquim, Virgínia, Adelaide, Ana Maria, Elisa, Emília, Margarete, Rosa and Alice Rios, one of the first female journalists to work in the JN newsroom.

Rehearsals are ongoing, amid the pandemic and with all the necessary preventive measures in place, as “the pandemic was rather harmful, and we were all indoors, alone, with no one to talk to. Many of them [senior actors] were really sick and psychologically affected", the teacher explained.

An agreeable news is the fact that this project has already worked as Cupid as two seniors got to meet during the project and are now married.

According to the city Hall, the rehearsals will continue until October, and the final performance is estimated to go on stage by the end of the year.