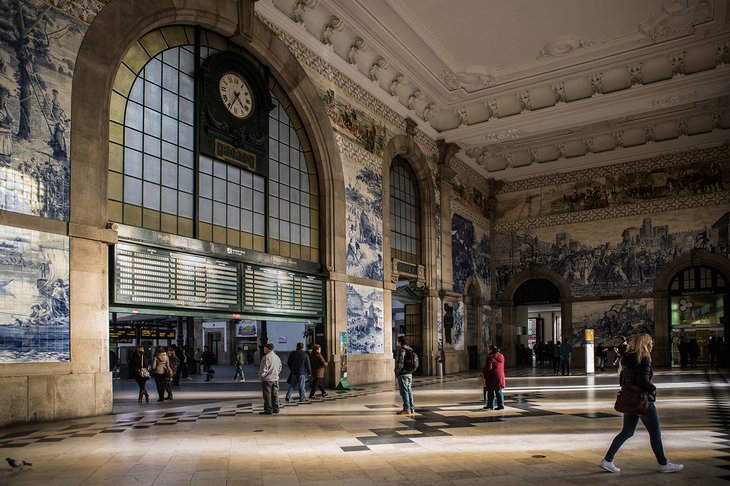 The S. Bento railway station, in the city centre of Porto is often described as one of the most beautiful train stations in the entire world. And this is not an overstatement. Indeed, we are talking walls and ceilings covered with 22 thousand tiles - azulejos - by Jorge Colaço, painter, caricaturist and potter.

Jorge Colaço (1868-1942) studied art in Madrid and in Paris and became noticed for his oil painting works. In 1903, Colaço started working tile as a "canvas" for his paintings, becoming a master in tile painting. He has created magnificent tile panels in the São Bento railway station.

The circa 22 thousand tiles depict some of the most relevant episodes of Portuguese history, namely King D. João I and D. Filipa de Lencastre, Egas Moniz and Infante D. Henrique in the conquest of Ceuta.

The first train arrived at the station in São Bento in 1896, it was built in French architectural style and it was inaugurated on 5 October 1916.

It is the perfect opportunity to get to know Porto at the turn of the twentieth century, and the impact of this train station in the reconfiguring of Porto urban structure, as well as some of the world's greatest tile panels.