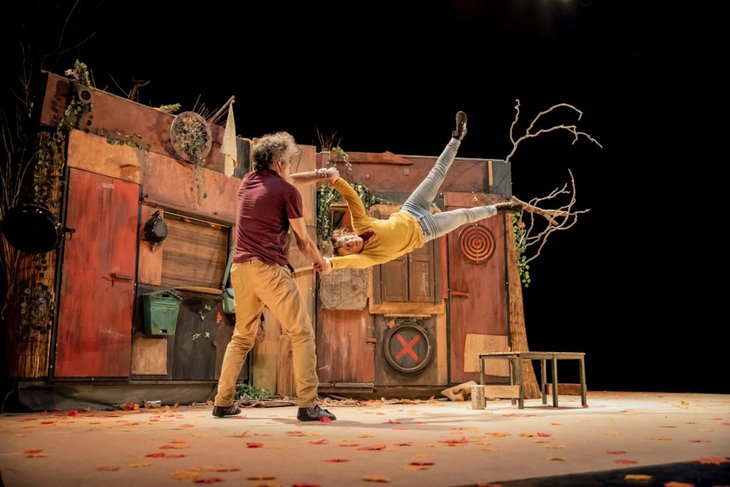 Trengo - Porto Circus Festival is back from 28 June to 4 July. This edition, witness all ten shows that will take to the Parque do Covelo and the Theatre Rivoli. This Trengo is a family version show that features 19 presentations, organised by the company Erva Daninha, jointly with Ágora – Cultura e Desporto.

It is not hard to imagine that Trengo Circus Festival in Porto will lift spirits and revive the sheer joy of appreciating stunts and circus arts, under a contemporary approach. For the first time, the Festival Trengo will be based in the Parque do Covelo, with almost all the performances being presented there, but one that will take to the stage at Rivoli. This year’s line-up includes absolute premieres by both Portuguese artists and companies, and international performances.

The opening performance - “Recantos” – on 28 June, at 7 pm, will repeat on 29 June. The show features artistic direction by Daniel Seabra and Vasco Gomes and it is a home production of the Trengo Circus festival, offering “a fusion between the space, landscape and action architecture and the action by the circus arts”. This show includes the participation by several local artists, under the usual community approach taken by Trengo.

The Rivoli hosts the only show to be presented indoors, which is the national debut of “Pour Le Meilleur et Pour Le Pire”, by the French company Cirque Aïtal, on 30 June, at 7.30 pm (which will also be broadcasted online).

The French–Portuguese company “O Último Momento” presents “L’Autre”, a performance that joins the Portuguese artist João Paulo Santos and the hip-hop dancer Lliasse Mjouti, on 1 July, at 7.30 pm, and on 2 July at 6.30 pm.

Trengo – Porto Circus Festival always offers new shows by Portuguese artists and this edition is no exception; the 2021 Trengo features PIA, with “O2”, a performance that addresses “the frantic modernisation in such a fragile and uncertain future”. It is presented on 1 July, at 6.30 pm and repeats on 2 July, at 7.15 pm.

The company “Quando Sais à Rua” debuts its work “Vinil”, a sort of metaphor of a scratched disc and the repetition of an error and the way that interferes with life, time and body. The performance is presented on 3 July and on 4 July at 5 pm.

The company Oliveira & Bachtler, in turn, gathers elements of both countries: Portugal and the United States, and it is supported by England.

“Otus Extracts” is a show by Hugo Oliveira and Sage Bachtler Cushman (with the collaboration of Luciano Amarelo), which takes to the “stage” on 3 July, at 11 am and at 3 pm, featuring “circus techniques, physical theatre, clowns and scenography”.

Access to the shows is free, upon mandatory prior registration, and up to seat availability, via the email reservastrengo@gmail.com.

As for the performance “Pour le Meilleur e Pour le Pire”, by the French company Cirque Aïtal, the in-person or digital ticket can be purchased at the Ticket Office of Porto Municipal Theatre and at the Bol.

See all the activities at the Erva Daninha website.