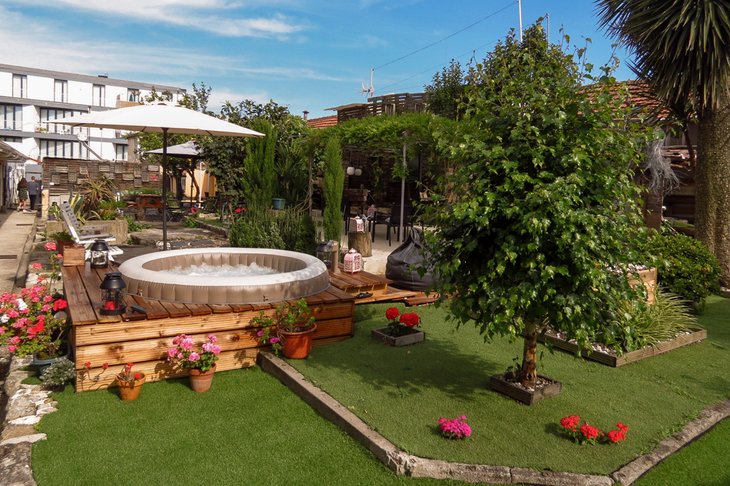 Porto Vivo, Home of the Poet, Hotel Eurostars Oporto and four Ruby Charm Houses (7, 8, 11 e 12) obtained the required score by the municipal program of acknowledgement “Confiança Porto”. The Hotel and the six local housing requested a technical evaluation of the quality of the service they provide and became the first to now be able to display the excellency seal.

The proposal brought to the private meeting of the Executive on Monday morning is backed up by the City Hall’s will to recognize “the importance to value, increment and in a more consistent way, the qualification of the touristic accommodation offer in the city”.

“Porto Municipality intends that the Tourism in the city faces the future, which involves assuming Porto as a reliable and sustainable destination”, you can read in the document signed by Ricardo Valente, the Councilman responsible for the Tourism and Commerce areas.

Considering the regulation of “Confiança Porto” as being “unique in the country”, the councilman admitted that the response to the municipal recognition programme “has been growing”, which “demonstrates the regard tourist establishments have for the program”.

After these seven establishments with the excellence seal, Ricardo Valente believes that others will follow. “The training actions that have been given, and the establishments in pipeline that we have, lead us to assume that we will have a significant number of tourist establishments in the city that will look for the certification “Confiança Porto”, stated the councilman in the meeting.

The proposal was approved despite CDU and Bloco de Esquerda abstention. Both parties say that it is also important that the regulation includes information regarding labour sustainability as well as work relations.

“The social responsibility criteria should also be included so that “Confiança Porto” could become fully covered in these establishments. I find the way we treat people to be fundamental”, underpinned, Sérgio Aires, a member of the Bloco de Esquerda party and councilman. For councilman Ricardo Valente, “the social and labour questions concern National law, and we should go into that.”