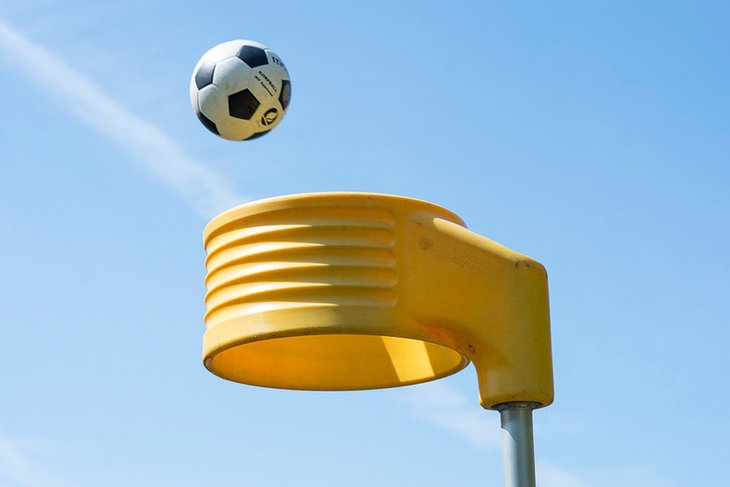 The Praia Internacional will host competitions of different sports until August. As it has happened in recent years, the summer sports season in Porto is made with the feet on the sand. The Beach Stadium is already installed in its usual place, next to Edifício Transparente, ready to host this Friday and Saturday, 10 and 11 June, its first event: Beach Korfball Portugal Open.

To those who do not know, Korfball is a fusion between handball and basketball, played with a football ball. Extremely popular in countries like the Netherlands and Belgium, it is said to have a unique feature: it is the only sport in the world that must be played by mixed teams.

Each team, made up of four female players and four male players, has the objective of invading the opponents’ zone to try to place the ball in a netless basket at a height of 3,5 meters. Without dribbling, moving with the ball or taking it out of their opponents’ hands, the players can only try to score in specific positions (learn more).

The sand version of this sport is played at the Beach Stadium. Friday and Saturday from 2:30pm and until late afternoon, Praia Internacional do Porto will host games of the first and second league of the Beach Korfball Championship, involving a total of 11 teams and about 200 players.

In parallel, matches of the Beach Adapted Korfball Championship will also take place, as well as a school training action, where hundreds of students from primary, elementary and high schools of the Municipality will participate, who will get to know and experiment this subject.

The Beach Korfball Portugal Open is organized by the Federação Portuguesa de Corfebol (FPC) with the support of Instituto Português do desporto e da Juventude and Porto City Hall, through Ágora, the public has free access to the benches and can also follow some matches by streaming on the FPC YouTube Channel.

Also in June, on the weekend of 23-25, it will be rugby turn to come to the Beach Stadium. Competitions in sports as Volleyball, Football, Tennis, Handball or Footvolley are planned for July and August.