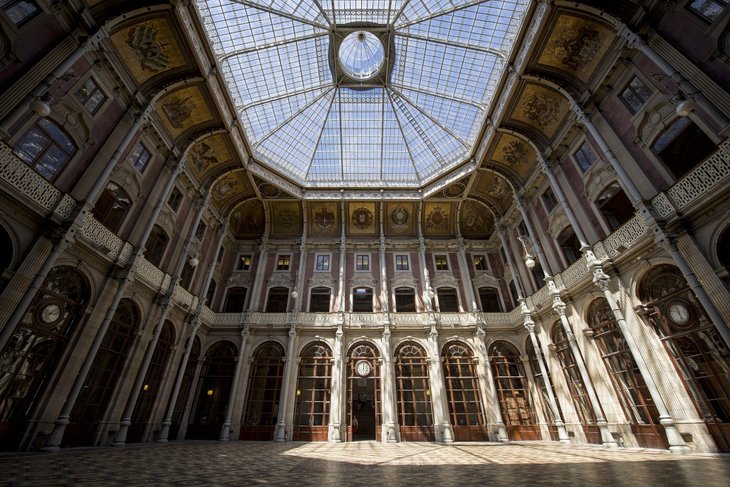 The Palácio da Bolsa (Stock Exchange Palace) celebrates record number of visits - in 2017, about 360 thousand tourists have visited the landmark building, according to the Porto Trade Association (ACP). An increase of 6% regarding the same period last year.

This figures do not include the inflow of participants to congresses, conferences, concerts, and exhibitions.

"The Trade Association exists to serve the region and the country and to visit this institution is to travel in time, getting to know the memoirs of great personalities in the city of Porto, the history of the Invicta", says ACP President, Nuno Botelho, in an announcement quoted by Lusa agency.

According to the Association, the top five nationalities of tourists visiting the Stock Exchange Palace are French, Spanish, Portuguese, German and Brazilian.

In 2017, the Stock Exchange Palace has welcomed visitors from countries such as New Zealand, Malaysia, South Africa, Estonia and Chile.