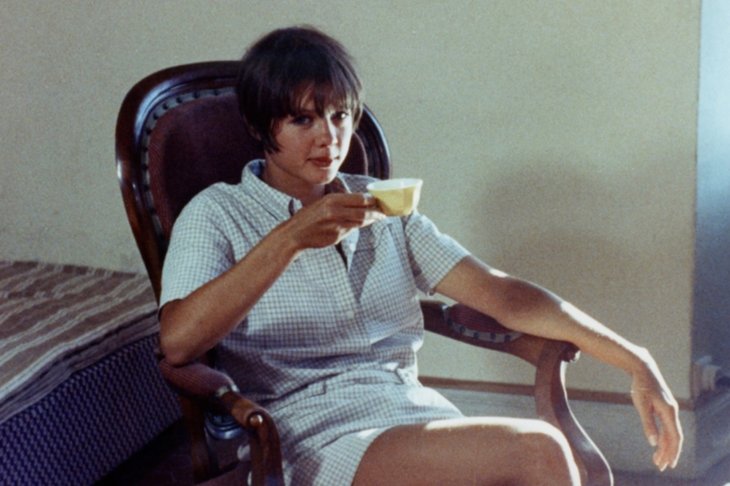 Eric Rohmer, mostly known as a Post-World war II French New wave film director, has left an established body of work that is celebrated at the silver screen at Campo Alegre, starting this July.

The centenary of his birth would have been celebrated last year (he was born in 1020), but activities had to be postponed due to the ongoing pandemic. This year, the Theatre Campo Alegre screens a substantial part of his filmography, which started on 16 July and continues until the end of July.

This weekend, go watch some of the most renowned films by Rohmer, namely La Collectionneuse (The Collector), a 1967 French comedy-drama film which corresponds to the third entry in his Six Moral Tales series; also, it is his first film in colour.

Various characters move around the south coast of France in August, shifting relationships between them and playing games of love and chance. A girl seduces two men and is resisted by a third. She is nicknamed the collectionneuse.

The weekend’s agenda also includes other films by Eric Rohmer are Claire's Knee (French: Le Genou de Claire), a 1970 French drama film and the fifth movie in the series of the Six Moral Tales, at 5.45 pm, on 17 July.

Sunday, the theatre Campo Alegre presents My Night at Maud's (French: Ma nuit chez Maud), or My Night with Maud (UK), a 1969 French New Wave drama film and the third film (fourth in order of release) in Rohmer’s series of Six Moral Tales, at 3.30p pm, and at 5.45 pm, the film The Sign of the Lion (Le Signe du Lion), a 1962 film, in black and white.

Check the full agenda of Campo Alegre Theatre for this month of July.