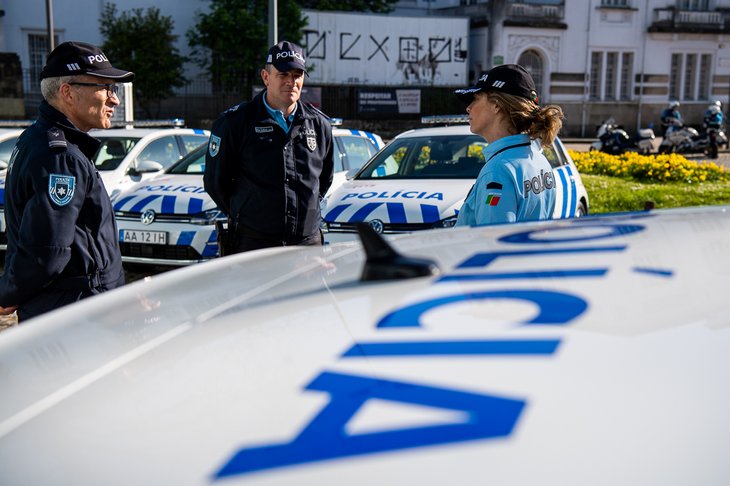 The PSP (Police for Public Security) announced the strengthening of the security measures for the Champions League Final, which will be played tomorrow, 29 May, between Chelsea and Manchester City, at the Dragão Stadium. Starting at 8 pm today, 28 May, three security perimeters will be established around the stadium, which means that there are traffic constraints in the surrounding area.

“PSP urges people to indulge in an atmosphere of cooperation and concord, with total respect for the freedoms and guarantees of citizens, adding to the festive nature of the event”, highlighted Cardoso da Silva, superintendent of the PSP of the 3rd Division of the Metropolitan Command of Public Security Police of Porto, in a press conference.

Also, according to the police spokesperson, who addressed journalists on 27 May, “the PSP has been working in close collaboration” with the promotors of the event, namely the Portuguese Football Federation, in cooperation with Porto City Hall, “to guarantee the maintenance of public order, security and peace”.

In this regard, Cardoso da Silva ensured that there has been the strengthening of security measures and that “PSP has done its planning and will rely on all reinforcements and valences of the police force, namely its Police Special Unit, as well as the collaboration of the Municipal Police”.

The PSP, which is collaborating with English police officers, who are “experts in this type of security connected to [football] clubs”, announced that today there will be three security perimeters around the stadium, and that “only ticket holders will have access to that area”. That area is halted to traffic circulation, as well.

The perimeters will be activated, starting at 8 pm today, 28 May, which means that traffic constraints “will be in place until the end of the match”, the Police Superintendent clarified, adding that “the city of Porto will have, since many months, the presence of fans in the stadium. What we want, is that all the necessary conditions are in place so that such an event is held and remembered as a good moment that, surely, will be hardly repeated in Porto”.

STCP (Bus) and Metro do Porto with special service

The Bus Company (STCP) will provide a shuttle service of 12 buses that will link Customs (where Manchester Fans will be gathered) and the Avenida 25 de Abril, between 3.30 pm and 7.30 pm, on 29 May.

The Metro do Porto prepared a special operation, especially targeting the Airport line and mostly Chelsea fans, who will be gathered at Avenida dos Aliados.

The Champions League Final 2021 is played between Manchester City and Chelsea, on Saturday, starting at 8 pm, at the Estádio do Dragão.

The event is coorganised by the Portuguese Football Federation and relies on the support of Porto City hall.