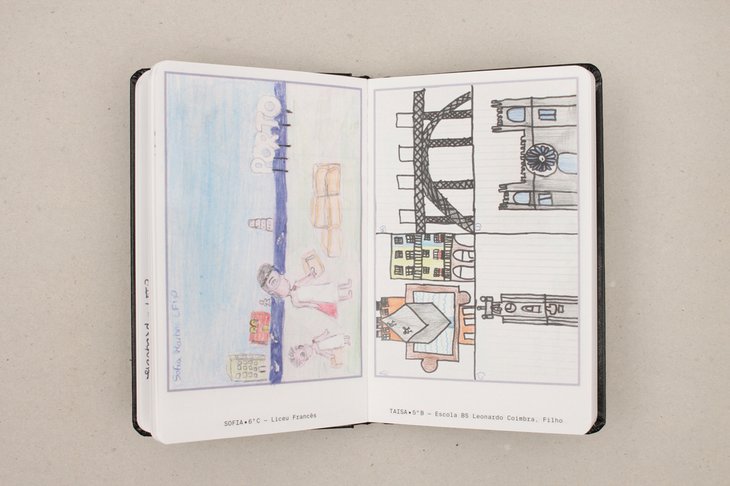 The programme targeted at school audiences “Wish you were here!”, established in the scope of the international project AtlaS.WH – World heritage in the Atlantic area: Sustainability of World heritage Sites, of which Porto is the head city and also includes the cities of Santiago de Compostela, Bordeaux, Florence and Edinburgh, was selected to be submitted to the 44th Session of the World Heritage Committee, which will take place in Fuzhou, China, on 16 July.

According to the jury, this is a special case that illustrates a repeatable approach at global level, and it is of interest that such practice is presented to a wider international public, as it promotes the future development of education in the world heritage area.

The project was carried out in Porto and it was highlighted among the over 100 projects by entities from all parts of the world. It will be presented at the event devoted to the topic “Education of the World Heritage to the Future – Cultural heritage, Lifelong Learning and Sustainable Development”, which will be held parallel to the World Heritage Committee Session.

This pedagogical activity in the world heritage was aimed at 5th and 6th graders, and featured several sessions, one of which was a visit to the Historic Centre by the students, from Sé to Ribeira; as well as a visit to a Station of the Museu da Cidade.

All participants were invited to create a postcard on the heritage of their city, to be sent and shared with children of partner cities, which have, in turn, developed similar pedagogical activities in the scope of world heritage sites; in Bordeaux, students created calligrams, in Santigo de Compostela family workshops were organised, and in Edinburgh, as well as in Florence, children aged six and twelve years old visited their respective Historic Centre.

In Porto, the city that leads the project AtlaS.WH – World heritage in the Atlantic area: Sustainability of World heritage Sites, published the work created by the children, and organised the publication of the “Wish you were here!” paperback edition, which also works as a book of drawings and a drawing book, inviting users to use their imagination and awe.

Last March, with curfew in place and confinement measures still in the agenda, visiting historic places and museums found ways to explore the city landmark sites; as such Porto City Hall launched an invitation to a virtually tour through Porto Historic Centre, with a 360 degree view.