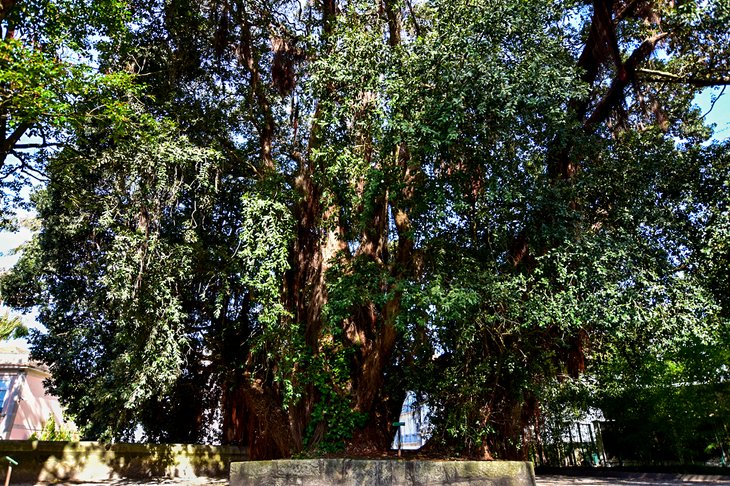 A huge 150 years old Metrosideros that sits at the Gardens of Palácio de Cristal has been classified as a "Public Interest Vegetation" by the Nature and Forests Conservation Institute (ICNF), upon request by Porto City Hall.

Porto City Hall has issued a request to legally protect, maintain and perpetuate this large century old tree as it stands out for its grandeur and splendour. The notification order was published in the Portuguese official Gazette.

The Municipality of Porto is well aware of the benefits that mature trees bring to urban landscapes as trees in general provide a distinct microclimate, with increased soil nutrients, plant species richness and increasing habitat connectivity. In addition to these biological functions, large trees are also important socially, culturally, and aesthetically.

Metrosideros is a genus of approximately 60 trees, shrubs, and vines mostly found in the Pacific region in the Myrtaceae family. Most of the tree forms are small, but some are exceptionally large. The name derives from the Ancient Greek metra or "heartwood" and sideron or "iron". The Gardens of Palácio de Cristal are home to the best-known species, the excelsa Sol. ex Gaertn.

The Metrosideros is now legally protected as well as its associated habitat structures in the Palácio de Cristal within 20 metres from its base centre, where any interventions that may harm or endanger the tree are strictly forbidden.