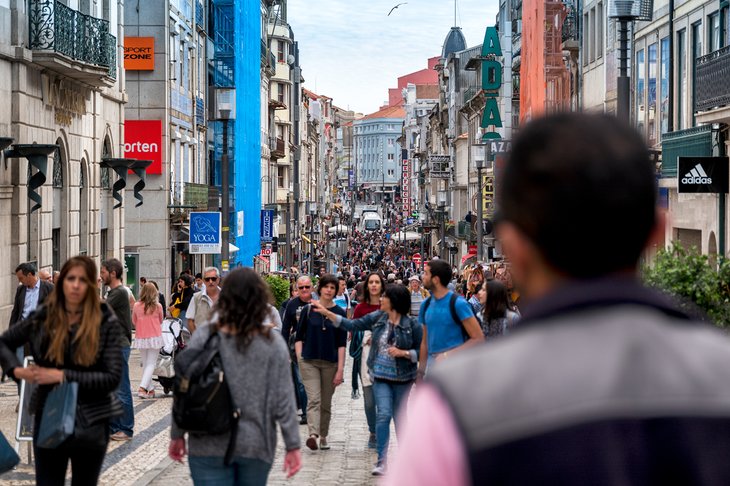 As simple: investors invest in a city if there are opportunities to make money. Porto is a magnet for new business investment, drawing in people and investors from different parts of the globe.

The online newspaper ECO has published an article where multinational companies, such as Natixis and Critical TechWorks explain why they were drawn to invest in Porto. According to a pioneer study that Porto City Hall ordered to EY-Parthenon, on the attractiveness of Porto and the Northern Region regarding FDI, there was an increase of 2.754 new jobs in 2018 as a result of foreign companies establishing in Porto.

That said, Porto features a wide range of characteristics that make the city attractive to investors. In the past five years, technological and industrial investment in the city of Porto have soared, with a rising number of investments by foreign venture capital or private equity firms and tech businesses that make more than 1,600 skilled jobs and several million euros pumped into urban rehabilitation.

"Porto has unique characteristics, which we consider truly beneficial four our internationalization processes. An innovative and entrepreneurial ecosystem, a dynamic labour market and with excellent infrastructure, with state of the art facilities that allow us to provide our staff the best working conditions", affirms Natixis Portugal senior manager, Nathalie Risacher.

Natixis, the second-largest banking group in France, inaugurated its Technological and Information Skills Centre in Porto in 2018, but started operations in Porto in 2017, and the decision to establish the city of Porto as the Centre of Excellence for Natixis "was based on the talented and well-educated people that Porto has to offer as well as on the environment of innovation and entrepreneurship that spurs in that northern region" officials declared.

Critical TechWorks got down to business in the city of Porto, with the joint venture between Portuguese Critical software and BMW to develop the car of the future. Critical TechWorks, is shaking up the car industry as pioneer software to be used onboard BMW cars is being produced in Porto.

The process of targeting Porto as the ideal city to hosting Critical Software offices was supported by InvestPorto, the municipal entity created by Mayor Rui Moreira, which acts as a non-stop shop for investors at all phases of the investment process, providing tailor-made assistance in order to enhance investment processes.

Clearly, Porto takes the leading role in the startup ecosystem with Mayor of Porto, Rui Moreira, providing a solid political leadership in the city, a household name, a pro-growth city leader contributing to the profile of the Invicta, based on city vision and city governance, with a say in policy matters which impact the city.

This state of affairs enabled the Northern Region of the country to achieve GDP growth two times faster than the national average.

In 2018 alone, Porto and the Northern Region of Portugal represented 39% of total Portuguese exports, according to the study presented at Porto City hall.

When talking about city attractiveness, skills are critical as investors are particularly drawn to cities with highly-skilled workers, which are more resilient to economic changes, due to their ability to adapt, their greater spending power and therefore a greater appetite for investment.

On that note, the creation of skilled employment for the labour market geared by the setting-up of technology businesses is a reality in Porto. Also, at UPTEC - Science and Technology Park of the University of Porto, researchers and teachers, startups and large companies are working together to make Porto an innovation and industry capital. Furthermore, tourism creates unskilled jobs for the local community, which is crucial to support the real economy of the city.

And although the ideal conditions for a company investment in a city vary from site to site, investors have the same asks for the city as whole, and that includes excellent transport connections, as investors favour a well-connected city, meaning access to businesses, workers, residents and supply chains, reducing transactions costs, refining productivity and enabling economic growth.

Porto is a well-connected city, with Francisco Sá Carneiro Airport, in Porto, in the North of Portugal, once again, voted the best in Europe in 2018, in the category of five to 15 million passengers by Airports Council International.

This information was released by ANA/VINCI Airports, the concessionary company of the Portuguese Airports infrastructure, which recalls that Porto Airport offers excellent accessibilities, direct flights to 79 cities and an outstanding service. And new airliners strengthen their operation in Porto, and others, like TAP, the Portuguese flagship carrier, announce new routes to the city. This increase in flight operation from Porto by TAP represents a total of 288 flight frequencies per week.

Moreover, the new routes that TAP will open this year from Porto to Brussels, Lyon and Munich represent a 34% increase in direct flights from Porto to Europe, compared to the previous year.

"This is happening because the city is developing extremely fast, we are talking about an area now of 2.5 million inhabitants". Thierry Aucoc also pinpointed that "it is an area that covers the North of Portugal but the catchman areas will have also a role to play, with Galicia and this part of Spain, where we know that the passenger will come to Porto if they want to fly".

In addition, this direct connection to Dubai "already attracts some 16 million visitors a year" and "it will bring the city of Porto and the entire Northern Region closer to south-west Asian markets, as well as to Australia, the region of the Indian Ocean and southwestern Africa", guaranteed by the extensive Emirate's route network.

Occupiers and users must be able to access their key markets, and the city of Porto provides excellent national and international connections.

Moreover, fDi Intelligence Strategy Awards 2018 ranked Câmara Municipal do Porto (Porto City Hall) as a top fDi performer both in the "Incentives" and "Project Wins" category, the latter regarding the Vestas Wind investment in the city of Porto.

Winners were announced last December and Porto City Hall was granted highlight at the level of Foreign Direct Investment, which spotlights Porto as an important destination for investors.