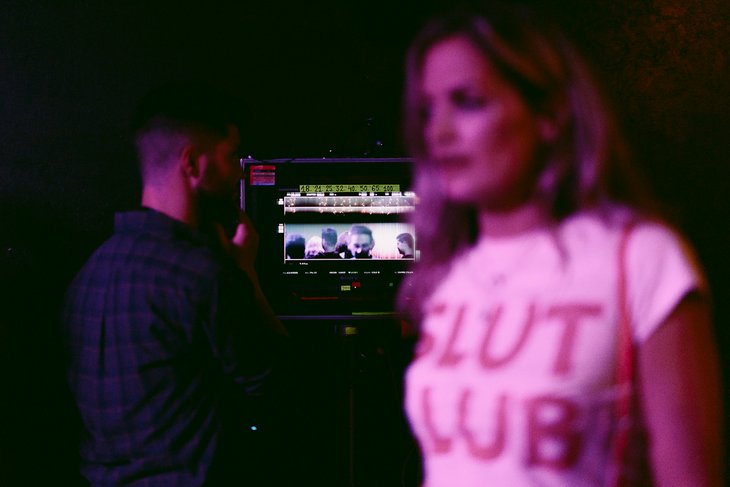 The project emerged in Ireland, but Porto was the setting chosen for the recording of “Made in Dublin”, a Revolution Media production. The film, signed by Jack Armstrong, is an extension of the director’s previous short film, “Final Curtain”, from 2020.

Although the shooting also took place in Ireland and Algarve, most of the scenes were shot in Porto, indoors and in places like Bairro do Cerco and Rua das Galerias de Paris.

“Even though it may seem ironic that we are making a film called “Made in Dublin” in Porto, the city is, in fact, very similar to Dublin: the atmosphere, the population, the landscape, the small and old historic centre”, explains Jack Armstrong to Filmaporto. “The original idea was to shoot in different countries, but we ended up finding very different locations in Portugal”.

The fiction begins by following Finn (Stuart Cullen), an aspiring actor under a lot of financial, professional, and personal pressure, who works in a luxury restaurant in Dublin to support himself.

The meeting with a famous director (Paudge Behan), for whom the young man wants to audition, ends ups starting the conflict – we get to know the filmmaker’s past, in Los Angeles, centred on alcohol, drugs and betrayals, and the life of a restaurant’s maître (Jonathan Delaney Tynan), who is a drag queen in his spare time. The narrative jumps between countries, stories and characters culminating in the “performance of a lifetime” for the young waiter.

“We are very happy with this team. In Portugal, the industry is centred in Lisbon and professionals often must work outside Porto. It has been a positive experience for them to be able to film in their city”, says the producer.

Still without a premiere date or location, “Made in Dublin”, will be completed in next year’s Spring.