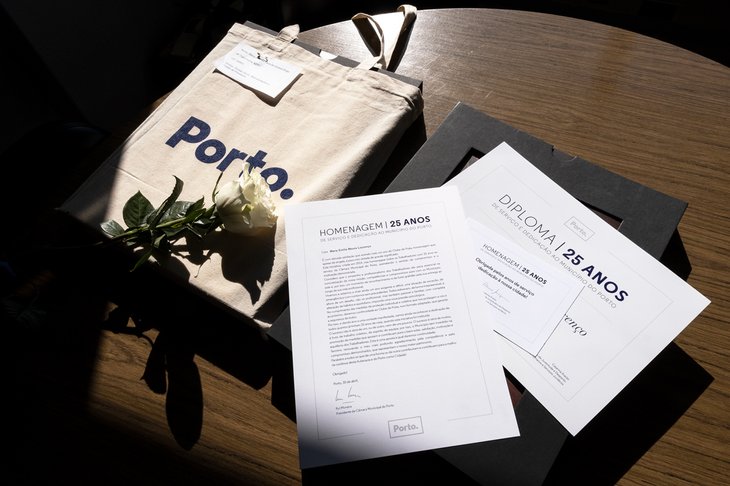 Porto City Hall is honouring the 658 municipal workers that have been serving the Municipality of Porto for 25 or more years. It is a way of paying tribute for the way in which they have shown solidarity and commitment to the public service.

This initiative is named “Clube de Prata” (“Silver Club) and was first implemented by Porto City hall in 2014, by the team of Mayor Rui Moreira. Since that time, this event is highly regarded both by the workers and the head offices.

This year, the event takes on a different format, due to the Covid-19 restrictions. A large ceremony, as would have been tradition, is not possible currently; so, each municipal department is paying their own tribute to the workers that have completed 25 years or more at the service of the Municipality of Porto.

Each worker receives a kit that includes a diploma, a letter with a message and signed by the Mayor of Porto, and a photography book published by the Municipality.

“I think that the worker’s commitment and professionalism are key to complete our mission, supporting the town residents; this is, therefore, a moment to acknowledge our deepest gratitude for their long commitment to their professional lives”, reads one of the excerpts from the letter signed by the Mayor of Porto.

Thus, a total of 658 workers of Porto City Hall are honoured and, according to Catarina Araújo, Councillor for Human Resources and Legal Services, “everyone, with no exception, has contributed to the continuous improvement of the Municipality and of Porto as a city”.