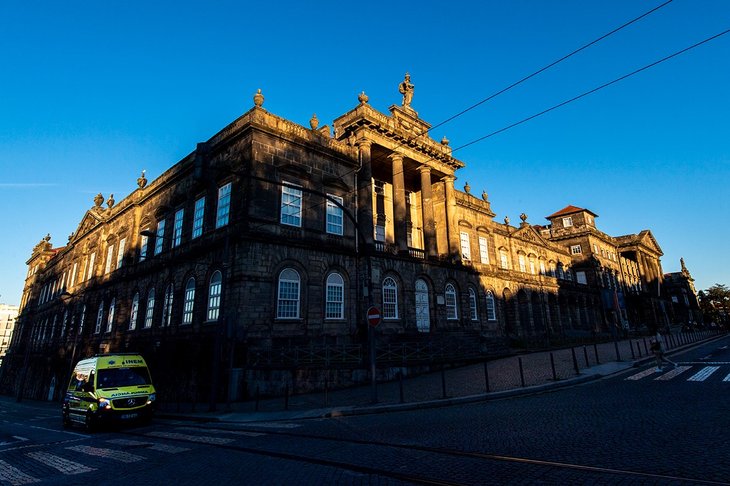 Santo António Hospital in Porto marks 250 years and announces the renewal of the building façade by the Santa Casa da Misericórdia do Porto, with the support of Porto City Hall.

Two hundred and fifty years after the first brick was laid, the Hospital of Santo António, will have its facade renovated by the Santa Casa da Misericórdia do Porto, with the support of Porto City Hall.

The proposition signed by the Mayor of Porto, Rui Moreira, enhances that the iconic building was declared national monument in 1910 and that the initiative to cleanse the facade will return the splendour to that great building "that prints a lasting impression in Porto urban's landscape".

Upon invitation by the Santa Casa da Misericórdia do Porto, the owner of the building, to join the initiative, and seeing that the renovation of this national landmark building is especially significant for the City Hall, Porto City Hall has unanimously approved the initiative.

The cleansing of the hospital's facade is estimated at a half million euros and the Municipality of Porto will help support the endeavour, as a patron. The process is expected to be concluded in 2021.

The building, which was designed by the English architect John Carr, will have its façade lightened at night to better display the building's grandeur.
The building is inspired by the architecture of British hospitals and has overcome wars, revolutions and other pandemics. The Santa Casa is the owner of the building and of its artistic and cultural assets, even though the Portuguese State assumed management following the Coup d'état in 1974.

The hospital owns cultural heritage that features circa 1020 pieces, from painting, to sculpture, decorative arts, furnishing and pottery, which are on display in the building.