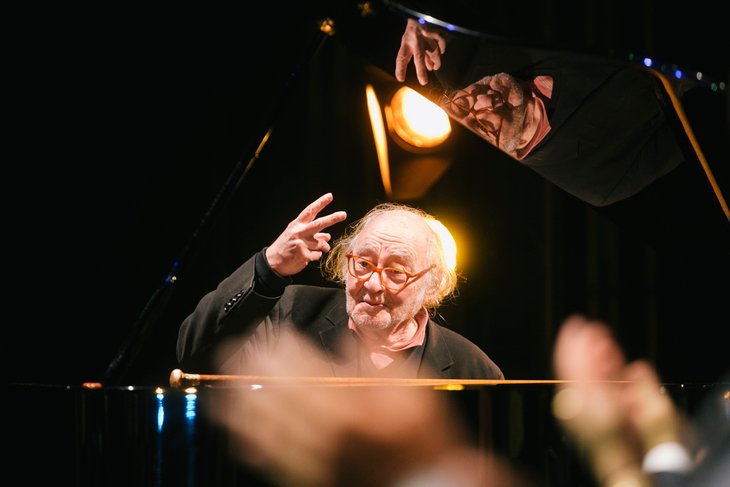 A project that is about 20 years old is now taking shape and music on Europe Day, which takes place on May the 9th. At Coliseu do Porto, "Gaudeamus - Alegria Para a Europa" (“Gaudeamus – Joy for Europe) follows the baton of the maestro António Vitorino d’Almeida under songs sung in the 30 languages of the old continent.

Each of the songs borrowed words from a poem from each of the 27 countries of the European Union, and there is even English, the Gaelic language spoken in Ireland, and the Flemish dialect of Belgium. In Portuguese, the choice fell under the words of Sophia de Mello Breyner.

At a time of special importance for Europe, and in an open call for peace, António Vitorino d’Almeida also composed, a music especially dedicated to Ukraine. On stage, at Coliseu do Porto, the maestro will be accompanied by the Porto soprano Ana Maria Pinto and, by a 14 -piece orchestra.

On the day before, at 3 pm, the dress rehearsal for "Gaudeamus - Alegria Para a Europa" is open to everyone, with the delivery of a donation that will be forwarded to help the refugees from Ukraine.

In the concert presentation session, the president of the Red Cross in Porto, Fernanda Rodrigues, explained, quoting TSF, that “these donations are always sent to an emergency fund the is managed at a national level”, with a part destined for work developed in Porto, and a percentage will also go to the international committee.

"Do Porto para a Europa, com Amor" (“From Porto to Europe, with love”) is the motto for this concert that unites the Coliseu to CCDR Norte, Turismo do Porto, Livraria Lello; the Irmandade dos Clérigos and the University of Porto. The idea is that this “fraternal embrace of love for all the peoples and cultures that constitute the European Union” will then be presented on a European Tour.