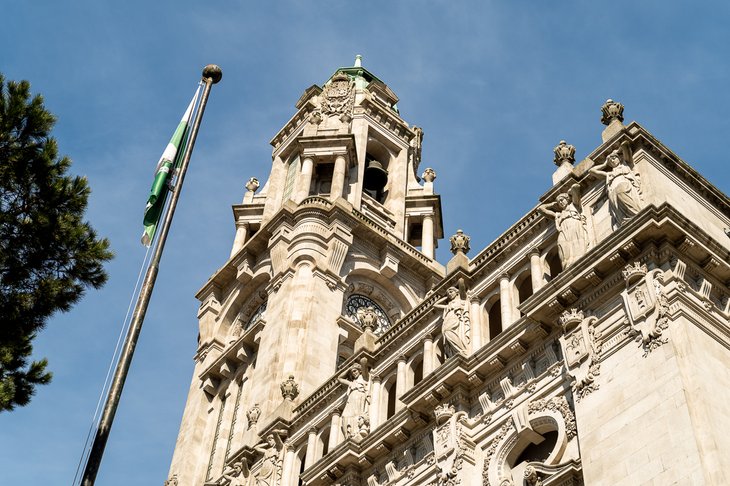 The Municipal Executive approved the first 2021 budget review yesterday morning, in the exact amount of 51.7 million euros, during a private meeting held by videoconference. Rui Moreira admits to the possibility that the Municipality further reinforces the pandemic fight effort in the nearest future. But, as these are uncertain times, Mayor Rui Moreira deems wise not to “be out of ammunition just yet”, even so because this crisis can get worse.

Cash balance from 2020, in the amount of 96.5 million euros, “performed above our expectations”, as stated by Pedro Santos, Municipal Director for Finances and Patrimony, in the beginning of the debate, who furthered that the municipal transaction tax and the municipal property tax (IMT and IMI, respectively), “outperformed collection rates”, last year.

Thus, the independent majority proposed that the first budget review should incorporate 51.7 million euros, highlighting as priority the short term measures to mitigate the health crisis, the strengthening of the rent support programme Porto Solidário, and the relaunching and increase of the emergency support line to associativism, among others.

This debate on the agenda, was approved by majority with affirmative votes of the Independent majority and the abstentions by the councillors of the PS, PSD and CDU.

Rui Moreira explained the rationale for incorporating nearly 52 million euros in the 2021 budget, increasing the Municipality’s financial availability to 380.2 million euros. Under “uncertain times”, and also because we do not know how long the confinement will last, and how will the vaccination plan work in the future”, Mayor Rui Moreira thinks that the current framework urges caution, but he is “ready to readjust policies”, if the situation thus demand it. “We are available to support the economy, even though that is a Government’s responsibility”, Rui Moreira affirmed to respond to the Opposition parties that were asking for “more boldly” measures at present.

In addition, the Mayor of Porto took the view that “the State Budget for Municipalities was, at the very least, negligible”, and mentioned that comparing to other countries in Europe, which have decentralised on municipalities the fight against the pandemic, the Portuguese Government chose not to do it.

As for revenue shortfall, of around 45 million euros, the Mayor of Porto recognises that calculations indicate that “we were extremely prudent”. But, as Rui Moreira explained, “in 2021, I fear that we are navigating a somewhat unknown territory”.

“I am not surprised that the situation rapidly deteriorates”, continued Rui Moreira, who decided that “it would be wise to make provision for adding”.

“Portugal is regarded by foreign investors as to what the answer to the pandemic has been like. And that should be of concern, as well. Everything we do today regarding the debt, we will have to pay someday, with an increase in the overall tax burden to the citizens”, the Mayor added.

Mayor Rui Moreira was replying to councillor of the PS, Manuel Pizarro, who in view of the “good news” demanded the reason why not go further regarding anticyclical economic measures to social support. Rui Moreira further argued that unlike the councillor assumed, the priority by the municipal majority was not to reduce indebtedness, because “we are borrowing less”.

Mayor Rui Moreira also urged the Opposition parties to come up with suggestions. “At this point, I am available to receiving your suggestions. It does not mean I will fire shot gun shells”. Rui Moreira added that “it does not make sense to create single policies” and also, “the City Hall is not able to create a municipal unemployment fund, as that is a state competence.”

Ilda Figueiredo, councillor for CDU, urged that fund allocation is done as quickly as possible, as “there were works that did not go ahead”. Rui Moreira refuted this idea with facts: “The execution of the State Budget for 2020 was 79.8%. Amid the pandemic, I urge that the honourable councillors indicate a municipality with the dimension of the city of Porto with such an execution rate”, and furthered that regarding rehabilitation works and renovation works in Municipal neighbourhoods, the execution rate reached 99.1%.

Councillor for PSD, Álvaro Almeida considered that subsidies reinforcement to the STCP (The Society of Collective Transports of Porto), from 8 million to 14 million is a high number, “even if it results from previously given undertakings”, because “there are other areas that need it the most”, he explained.

The approval of the 2020 cash flow charts and the first budget review were voted separately, but either voting led to the same result: the proposals were approved by the independent majority, with abstentions by the PS, PSD and CDU, and without any votes against.