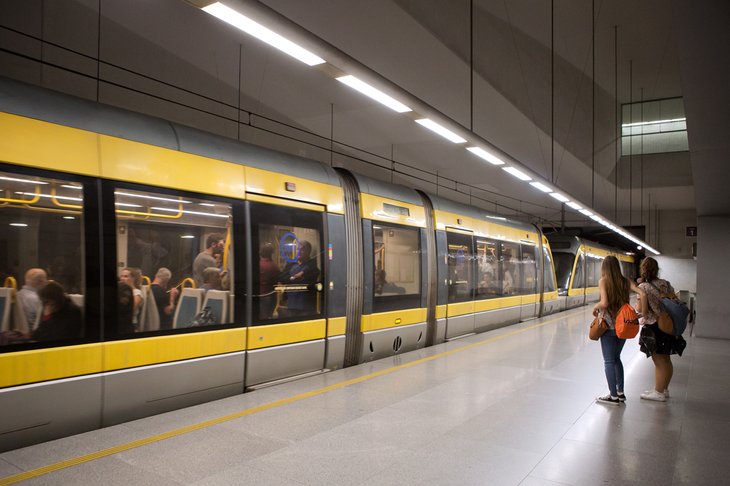 Starting in June, Metro do Porto will extend the service from the airport line to Campanhã station, also increasing the frequency to 15 minutes.

The Violet (E) line has been increasing in use during this year and the company decided to re-establish the direct connection between the airport and a railway station, allowing, according to Metro do Porto, "the interface with CP trains".

"From the beginning of June, still and always in double compositions, the Violeta [E, airport] line will have a frequency of 15 minutes, with alternate destinations, in the centre of Porto, the stations of Trindade and Campanhã", reads a statement released by the company.

This decision stems from the increased demand and use of the Violet line. "The increase stands at 580%, compared to 2021, almost six times more than the average growth of the entire network (+106%)", approaching "the demand levels prior to the pandemic", highlights the company, also revealing that, since last Monday, "the supply [of the Violeta line] doubled the capacity, since it started to be fully made in double vehicles (previously it was in single units)".

The frequency, on weekdays and between seven and eight o'clock, increased to 20 minutes (three services per hour and direction), compared to the previous 30 minutes. Thus, on the airport line, the installed capacity of the metro "rises to close to two thousand customers/hour/direction" at the beginning of next month. From June there will also be "capacity and frequency reinforcements in all the remaining five lines of the network, meeting the monitoring of demand" made by the company.