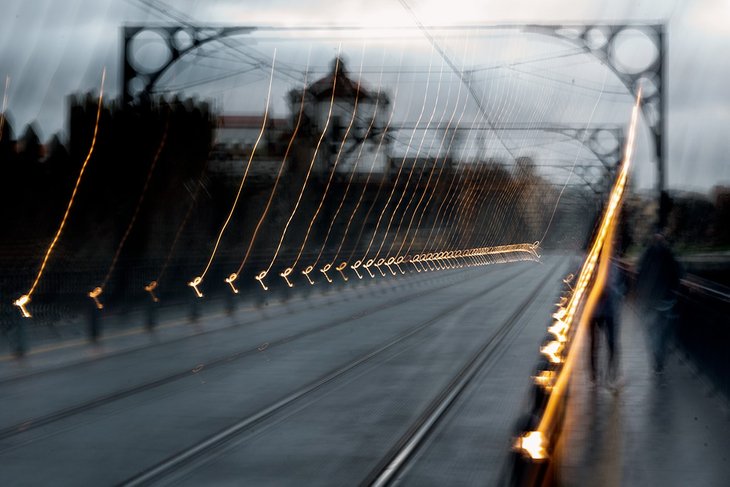 Due to the celebrations of São João in the city, the Luís I bridge will be closed for circulation either to pedestrians or of the metro.

Pedestrian circulation on the upper deck of the bridge will be closed from 11 pm on the 23rd until all safety conditions are assured for its reopening (it is estimated that it will be around 3 am on the 24th June).

Metro circulation will also be prohibited on the upper deck of the Luís I bridge from 11:45 pm on the 23rd June until safety conditions are assured for its reopening.

As for the lower deck, pedestrian circulation will be closed from 7 pm on the 23rd until 7:30am on the 24th June.

The alternative for pedestrian circulation between banks should be carried out through the Ponte do Infante.

Given all the circulation constraints in downtown, those who choose to drive to the urban area should park their car in more peripheral parks. In this way and to facilitate this operation, there are places with reduced rates, namely:

It is recalled that both Metro do Porto and STCP will reinforce the operation on the night of São João, being the more convenient alternative in accessing the downtown area. CP – Comboios de Portugal are on strike, and, to date, no minimum services have been decreed for São João’s eve, which could mean an increase in road or public transports demand of up to 45 thousand people, based on the company data from previous years.