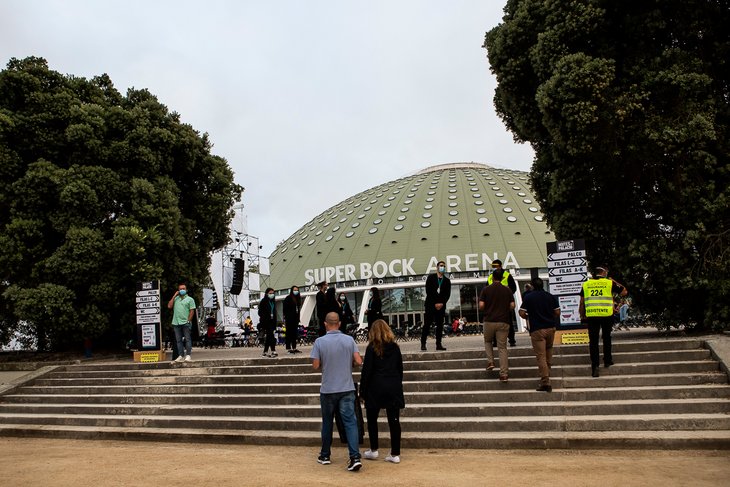 Christmas arrives Porto on December 1, and promises weeks of entertainment, joy, and many surprises, in a year with the spotlight on the Jardins do Palácio de Cristal. The “Palácio de Natal” (“Christmas Palace”) thus promises stage and itinerant entertainment, workshops, a market, and lots, lots of music making up an entirely free programme designed for all ages.

This year, Jardins do Palácio de Cristal are the main meeting point for Christmas in Porto. On weekends and holidays until Christmas Eve, between 10:30 am and the end of the afternoon, families have artistic and recreational proposals spread across different spaces.

Wandering through the gardens or sheltered in the “Tenda da Neve” (“Snow Tent”), the programme will feature storytellers, actors, clowns, magicians, musicians, dancers and even a cartoonist.

In the other covered area of the space, the “Tenda de Cristal” (“Crystal Tent”), it is time for a set of workshops inviting you to write letters to Santa, to play the drums and make soaps, candles, decorations, or puppets.

On Avenida das Tílias, a Christmas market will bring together dozens of regional exhibitors, with a special focus on handicrafts or food products, which will be located right next to Santa’s House, where the “old man with the white beards”, the most famous in the world, will write down wishes of all the children.

Featured music in the programme

Music will be present everywhere. Voices a capella or with a musical instrument, popular or classical, in moments of introspection or with your hands up in the air, there is a lot to hear (and feel) during this period.

On the main stage, located in front of the Super Bock Arena – Pavilhão Rosa Mota, the big concerts promise to bring even more entertainment to the venue, with performances by Bárbara Bandeira (December,1), Rui Massena Ensemble (December,3), Saint Dominic’s Gospel Choir (December 11) and Nuno Lanhoso and Os Quatro e Meia (December 17). The concerts start at 6:00 pm and admission is free.

On tour, in Tenda de Neve (Snow Tent) or Concha Acústica, there will be much more to hear, from jazz bands to traditional choirs, passing through students’ music groups and chants that will create the atmosphere of a true Christmas Palace.

Concerts in the streets, on unexpected stages and in Bolhão

In Christmas or timeless mood, the music will sound beyond Palácio de Cristal. Groups of a range of styles, prepared to play in a fixed or moving location, will take the party to the streets and Burroughs of all civil parishes, on the afternoons of the three Saturdays before Christmas – 3, 10 and 17 December. The proposals include animated fanfares and moments of pure magic.

The Porto Sounds Secrets initiative will also come in a triple dose. Three well- known national pop names will perform in unusual settings: Irma performs in the Regimento de Sapadores Bombeiros on December, 4; Best Youth will be at Quartel do Monte Pedral on December, 10; and Joana Almeirante plays at Museu do Carro Elétrico, on December, 18. The shows always start at 6:00 pm and have a capacity of 250 seats, occupied free of charge on a first-come, first-served basis, with the doors opening one hour before the shows.

Music – including opera -, theatre and live cartoons will also help to give Christmas tones to the refurbished Mercado Do Bolhão, in the morning and afternoon of December 3, and between the 19 and 23, with special highlight for the famous Ópera de Bolso.

The details of the entire programme, with the schedule for all the different activities, will be available shortly.