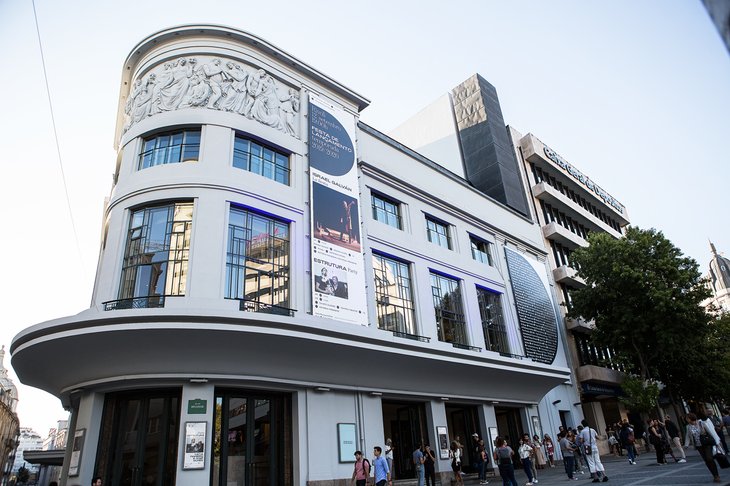 One of the main moments of the second half of the 2021/22 programming of Teatro Municipal do Porto is the celebration, in January, of the 90th anniversary of Rivoli. Between April and May, the cities of Porto, Vila Nova de Gaia and Matosinhos host, once again, the DDD –Festival Dias de Dança.

It’s been 90 years of being part of the cultural and social life of Porto. Rivoli celebrates nine decades of vitality, and from 18 to 23 January, the Teatro Municipal do Porto (TMP) promotes a special program made up of creations by the city’s artists, which will take place at Rivoli and Campo Alegre. One of the news is that this year’s celebrations will extend to the venues of the several cultural partners (and Rivoli’s neighbours), namely Coliseu, Palácio do Bolhão, Maus Hábitos and Passos Manuel. The full program will be unveiled in the early 2022.

Also in January, the company Teatro da Palmilha Dentada and the Companhia Nacional de Bailado will go on stage at Rivoli. February brings, among other proposals, the national debut of several shows by the multidisciplinary French artist Phia Ménard, founder of the company Non Nova.

In March, TMP pays tribute to the German choreographer Raimund Hoghe, who passed away on May 14, 2021. Counting with the cooperation of more European theatres, An Evening with Raimund will be presented. In March, TMP also hosts the debut of Cornucópia, by the Mala Voadora theatre company.

From April 19th to May 1st, 2022, DDD –Festival Dias de Dança goes back to the TMP stage and to other cultural venues in Porto, Matosinhos and Gaia. From the vast programme of shows signed by national and international choreographers Pantera, by the duo Clara Andermatt and João Lucas stands out for the opening.

Following DDD there is FITEI – International Theatre Festival of Iberian Expression, which will present its 45th edition from 10 to 22 May. Considered one of the most important names in the Brazilian performing arts, Marcelo Evelin, presents Povo da Mata (temporary title of the new creation), in early June, in Campo Alegre.

In June, and to close the season, TMP presents the shows Augusto ( July the 2nd , Rivoli), by Alessandro Sciarroni – Italian choreographer who won the Golden Lion at the Dance Biennale, Venice 2019 -, and Falaise (8 and 9 July, Rivoli), a creation by Baro D’Evel, French Catalan circus and performing arts company directed by Camille Decourtye and Blaï Mateu Trias. Both plays were carried over from the previous to the present season and will be presented in national premiere.

For further information visit the Teatro Municipal do Porto website.