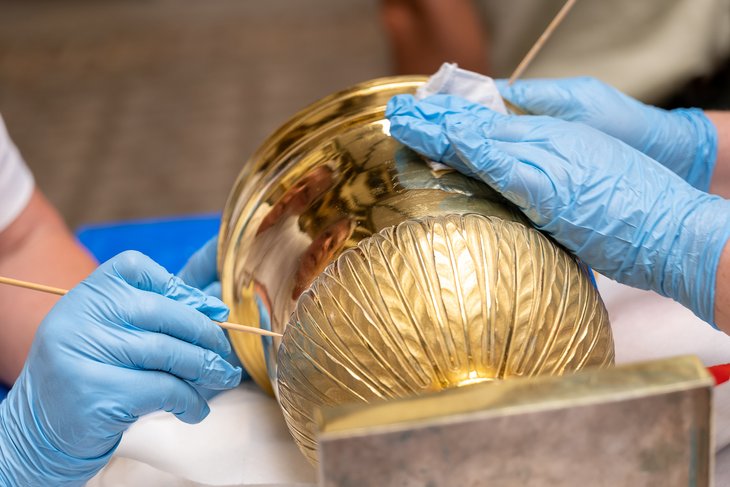 Before travelling to Brazil, as part of the commemorations of the bicentenary of the independence of this country, and again on its return, it will be possible for all those interested to have a close look at D. Pedro’s heart, a cultural asset in the care of Irmandade da Lapa.

On 20 and 21 August, the heart will be exposed in the Salão Nobre of Irmandade da Lapa. On Saturday, 20 August, it will be possible to admire the organ between 10am and 8pm. On the following day, Sunday, when is scheduled the heart’s travel to Brazil, it will still be possible to visit it from 10am to 4pm.

D. Pedro's heart will be transferred to Brazil during the night of August 21, with the support of the Brazilian Air Force. The organ will arrive at the Palácio Planalto, in Brasilia, on 22 August, where it will be received with "military honours".

After the ceremony, the heart will be transported to Palácio Itamaraty, also in the Brazilian capital, where it will be on "controlled" display until the celebrations of the bicentenary of the country's independence, on 7 September. The return travel to Porto is scheduled for 8 September and is expected to arrive the following day.

New opportunity on the return trip

On the way back to Porto, it will be possible again to visit the heart of D. Pedro in the Salão Nobre of Irmandade da Lapa. The weekend of 10 and 11 September will give those interested another opportunity to admire this heritage up close: Saturday, from 10am to 8pm, and Sunday, from 10am to 4pm.

At 4pm on Sunday, the ceremonial keeping of the heart will begin in the mausoleum, where it is normally laid to rest.

The transfer of D. Pedro’s heart to Brazil was unanimously approved by the Municipal Executive at the meeting of 18 July.

"Since it is a cultural object, as a movable asset that represents material testimony with civilization or cultural value, it is subject to a special regime of protection and valorisation," said the proposal then presented by the Mayor of Porto, Rui Moreira, adding that a lending contract will be signed with the Brazilian government.

To ensure that the transfer will not compromise the integrity of the organ, a technical expert report was requested from the Instituto Nacional de Medicina Legal e Ciências Forenses (National Institute of Legal Medicine and Forensic Sciences), which concluded that it could be conducted, subject to the "requirement of transport in a pressurised environment".

"The Porto City Hall will ensure all the necessary steps are taken, as well as coordination with other entities, particularly the Brazilian authorities, regarding the safety of the transport operation," the document concluded, adding that the costs would be assumed by the Brazilian government.

Porto Municipality will join in the celebrations of the 200th anniversary of Brazil's independence with several initiatives, such as the organisation of an exhibition on the relevant presence of D. Pedro in the city, entitled “Pedro, a Independência do Brasil e o Porto” (Pedro, Brazil's Independence and Porto), a concert played on the renovated organ of Igreja da Lapa , a set of publications, conferences and visits.