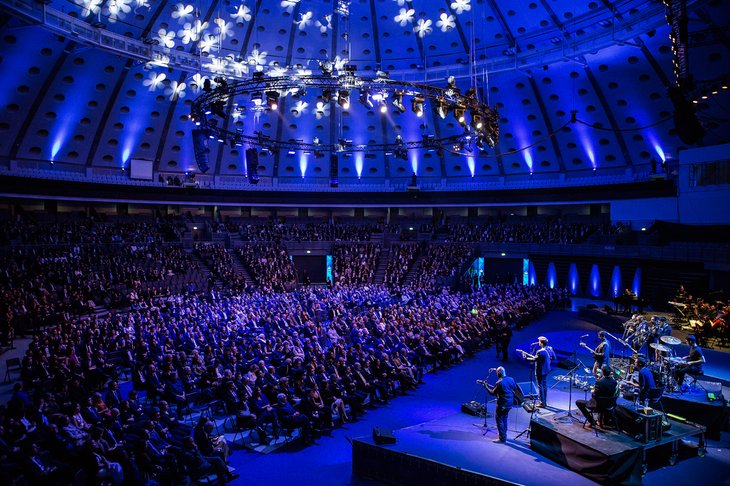 A few days before the World Cup begins, in Qatar, the Super Bock Arena – Pavilhão Rosa Mota will host, between the 18 and 20 November, the “Thinking Football Summit”, a space for reflection on the football industry and also distinction of some unavoidable names in world football.

One of the highlights of this international event will be the “Thinking Football Summit Awards” which will distinguish some of the most important names in the world of football such as José Mourinho, Jorge Mendes, and Paulo Future, for their contribution to this sport in its distinct aspects. Also, on this day (19) will be given the kick-off of Portugal Football League – National Virtual Football Cup, a competition divided into two phases, group, and playoffs, with the first round to be played live in this event.

For three days, the "Thinking Football Summit" will be “one of the main platforms” for debate on international football with a view to “tracing new paths in the industry”, says, in a statement, the Portugal Football League. The event will host some of the main national and international players, with the aim of promoting and growing, in a critical and pragmatic way, the professional football industry.

More than 80 speakers, with an established career in the several areas that comprise the sport, are expected. Before Qatar World Cup, it is intended that this event be a world reference in the discussion of topics such as competitive balance, technical game and sport management, health and performance, women’s football, challenges for the future, among other themes.

The great professional football fair will also feature, inside the Super Bock Arena – Pavilhão Rosa Mota, a space for exhibitors, displaying innovative activations, “platforms and tools that will be part of the future of the modality and the high-competition sport in general”, highlights Portugal Football League.

Next to the main entrance, a miniature stadium will be assembled, for families and football fans, in which technical and skill activities, games and display of products and services will be conducted.

The event is open to fans, students, companies, and professionals, upon purchase of a ticket.