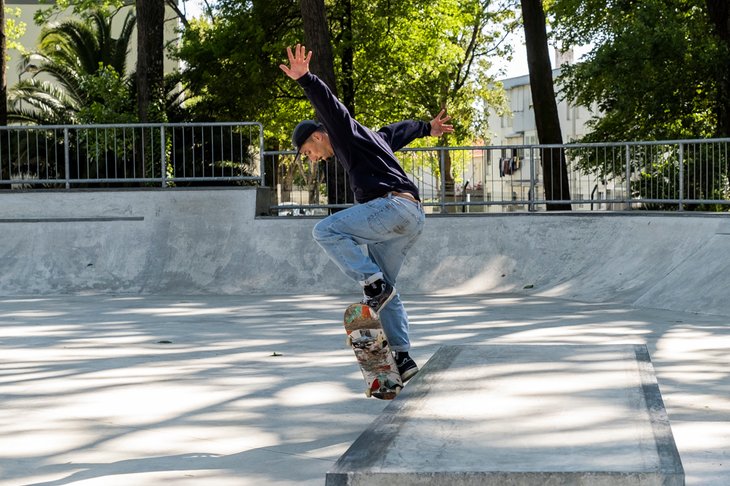 The Skate Park, integrated in the Parque Desportivo de Ramalde, hosts international competitions between the 24th and the 27th of March

Dozens of athletes, professional and amateurs, are expected these days at the Skate Park in Ramalde for the opening of the skateboarding season, with the Pro Skate League.

Athletes will not only be able to enjoy the entire space, but also test, in competition, the new Ramalde bowl, created in the recent expansion of the Skate Park. Two years after the opening, the space went from 950 square meters to an area of ​​1550 square meters, with new potential for athletes. In 2020 and 2021, this sports park had almost five thousand registrations in classes and scheduled activities and more than a thousand athletes or simply curious people in free training.

It will be the first competition that the renovated Skate Park hosts with athletes from several countries. The Pro Skate League, in its second edition, is divided into two categories: Street and Park. Both variants are open to female and male skaters, both national and foreign.

With this initiative, the organization – the Pro Skate League and the Portuguese Skating Federation, supported by the Porto City Council, through the municipal company Ágora – Cultura e Desporto, intends to continue to promote skateboarding in the current Paris 2024 Olympic cycle, in both competitions, with the recognition of the International Olympic Committee and the World Skate, the organisation that regulates this sport worldwide.

In parallel to the Pro Skate League, the National Amateur Championship will also take place, for young athletes - sub-11 to the sub-19 levels, both female and male.

This Thursday is training day, starting at 2 pm. The complete timetable can be found here.