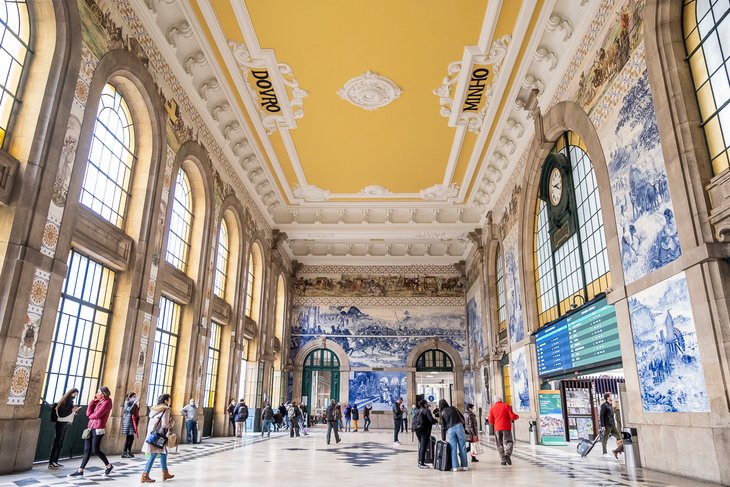 São Bento station is among the 37 most beautiful railway stations in the world, according to a list elaborated by the international magazine Architectural Digest.

“With nonstop flights going seemingly everywhere, people tend to prefer the sky over the rail.”, the publication points out, emphasising the role of train stations as architectural heritage. “There’s something nostalgic—and even glamorous—about boarding a train that simply cannot be replicated in any other form of transportation,” adds the articled composed by Lise Funderburg, Allix Cott and Jessica Cherner.

“Whether it’s on your daily commute or on daring adventures across the globe, you’d be amazed to find that some of the world’s most stunning architecture can be found in train stations.” mentions Architectural Digest, the magazine that chose the 37 most beautiful train stations in the world.

Among choices from several different countries, São Bento station is featured on the list thanks to its distinctive characteristics: “Architect José Marques da Silva turned to 19th-century Paris for inspiration when he designed the stone façade and mansard roof of Porto, Portugal station, which opened in 1916.”

“The station’s centerpiece was created by the painter and native son Jorge Colaço, who covered the atrium walls with scenes from Portugal’s history. Although Colaço often worked on canvas, the technique used here enlisted 20,000 tin-glazed ceramic tiles. It took the artist 11 years to complete the murals” Architectural Digest adds.

Gare do Oriente, designed by Santiago Calatrava and inaugurated in Lisbon in 1998, is also featured on the list of the international architecture magazine. The article also selected CFM Railway Station, in Mozambique, as an example of “Portuguese colonial architecture”.