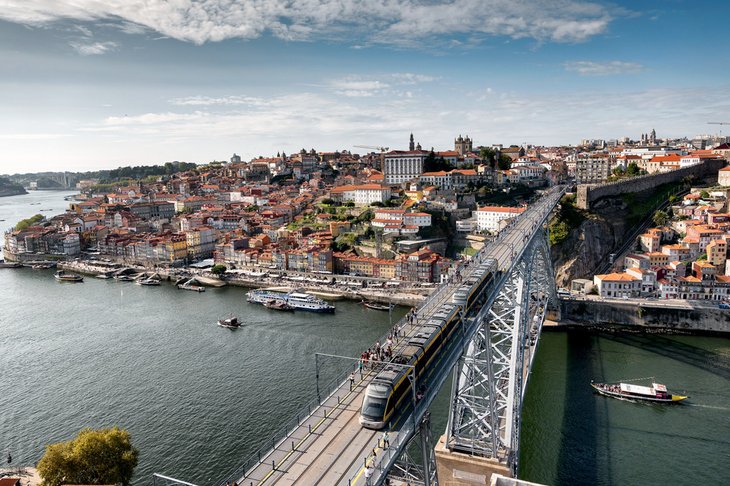 Porto offers amazing peculiarities that make it what it is and always has been: unique. From its name – Porto – to the reason why its inhabitants are called “tripeiros”, get to know some of the most fascinating aspects of The Invicta.

Did you know that…

Porto, aka the Invicta, is the epithet granted by Queen D. Maria II (daughter of D. Pedro IV) to the city because during the 19th century Portuguese civil war, Porto withstood a siege of over a year;

King D. Pedro IV of Portugal (I of Brazil) offered his heart to the city of Porto as a way to thank its inhabitants for their devotion, sacrifice and courage shown during the brutal siege to the city. Till this day, the heart of the king rests in the Church of Lapa, in Porto;

Portugal is named after the city of Porto; Portus Cale was the old Roman name of an ancient town and port in current day Portugal, in the area of today's Grande Porto (north of the country); as mentioned by Luís de Camões, the city of Porto will forever be: “the loyal city that stemmed (as it is known) the everlasting name of Portugal”;

The origin of Porto urban centre dates back as the Bronze Age, more precisely eight centuries before Christ;

Henry the Navigator, noted for his patronage of voyages of discovery, was born in Porto, in 1394, and today the “Casa do Infante” is a museum;

Porto inhabitants are called “tripeiros” because they gave all their supplies to the fleet that would conquer Ceuta, in the 15th Century, in North Africa, but the tripe was left to feed Porto citizens; thus, “Tripas à Moda do Porto” is now a delicious and iconic dish in the city;

The city is famous for its Port wine, a product that carries the city’s name throughout the world;

Porto is UNESCO’s world Heritage since 1996, when that institution classified Porto Historic Centre as a world heritage site;

J.K. Rowling lived in Porto and was inspired by it to write the Harry Potter saga;

The first film in National Cinema was directed in Porto, in 1896, by Aurélio Paz dos Reis, at Rua de Santa Catarina; the film is titled “Saída do Pessoal Operário da Fábrica Confiança”;

Porto hosts one of the most popular festivities in town, on the evening of 23rd June, to celebrate its patron saint, São João;

The Avenida da Boavista is the largest avenue in Portugal;

The Parque da Cidade (City Park) is the only urban park in Europe to face the sea;

The Dragão Stadium was the first European Stadium to be granted the “GreenLight” certification, by the European Commission, as regards the rational and effective energy use;

The “Francesinha” is one of the most iconic dishes in Porto; it is made with bread, wet-cured ham, linguiça, fresh sausage like chipolata, steak or roast meat, and covered with melted cheese and a hot and thick spiced tomato and beer sauce;