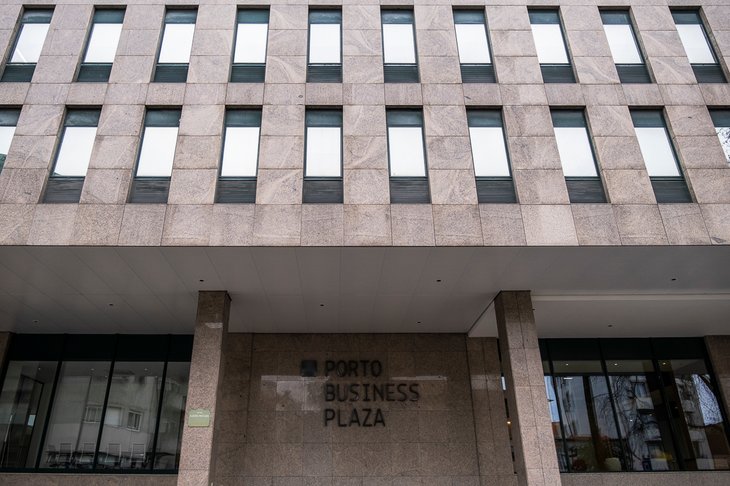 It is not yet fully finalized, but it already meets the necessary conditions to attract world-class companies. The former Central Shopping, between Santos Pousada Street and Fernão de Magalhães Avenue, is soon becoming Porto Business Plaza, the new business center in Bonfim, which will employ 3500 people.

Built in the 1990s, when shopping malls were booming, Central Shopping now looks to the future and attracts companies in the technological area. After Natixis and Feedzai, Bouygues Telecom Services has now also opened office.

From Areosa to Bonfim, the company of the French telecommunications group Bouygues Telecom occupies one of the floors of the Porto Business Plaza, with the capacity to receive over 500 employees, more than the current 375, and the recruitment process is underway.

The French investment bank Natixis has had its technological and information skills center at this location since 2018, in what has been a growing focus on the business and on the team that works from Porto.

In 2021, the institution set its aim at the Invicta and already employs 1,500 people, but the goal, according to Jornal de Notícias, is to expand the office space – from 12 to 16 thousand square meters – and thus employ up to two thousand employees.

Porto Business Plaza is also home to the Portuguese unicorn in the field of artificial intelligence, Feedzai. With about a hundred workers in the city, the company specializing in security systems moved into the 980 square meter new office in the former Central Shopping Mall in September of last year.

The project for Porto Business Plaza began construction in July 2020 and, in addition to the creation office space, there will be other transformations such as the change of the main entrance - which moves from Santos Pousada Street to Fernão de Magalhães Avenue given the recent requalification of that road, as well as the proximity of public transport –, the creation of outdoor spaces inside the building, and the intervention in the square, connected to the Campo 24 de Agosto garden.

In total, the more than 15 million euros invested by a company of the SDC Investimentos group, stand for space and conditions to employ between 3,000 and 3,500 people in the future, according to the shareholder and manager of the venture, António Castro Henriques, quoted by JN. The prospects are that, by the summer, the number will reach 2,600 workers at Porto Business Plaza.