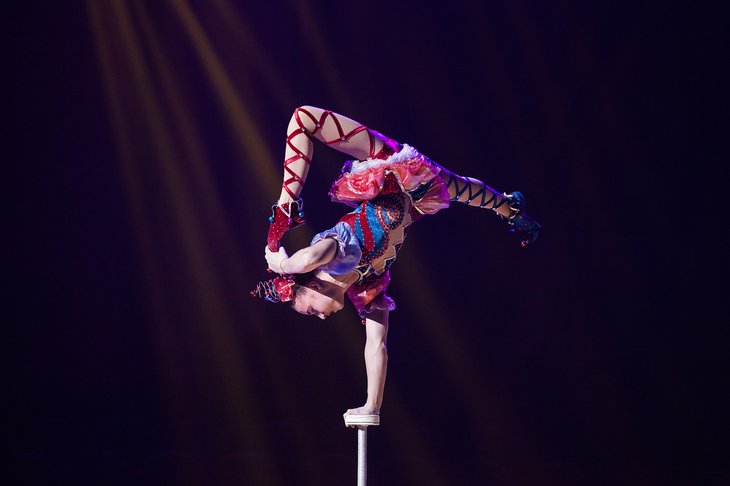 From December 10th to January 2nd the Porto downtown concert hall hosts one of the greatest traditions of this holiday season. The Christmas Circus promises another edition full of entertainment, plenty of magic and fun for the entire family.

In the year that Coliseu do Porto celebrates its 80th anniversary, the Christmas Circus (as old as Coliseu) promises to be even more special, betting on a bold concept: the audience will be invited to travel trough a galaxy full of planets relatively unknown and to enjoy different sensations.

With the circular shape as its dominant mark (so common to the planets), the audience’s heads will go round (in a good way) with aerial acts (acrobatics with arc and crystal ball, flying low), on the arena (German wheel, juggling, clown), on stage (wheel of death with motorcycles), and in unexpected places in the room (high-wire walks, big illusions), which promise to leave the audience speechless.

This year, the original music by Rui Lima and Sérgio Martins (commissioned and composed for each act) will be played live by an ensemble directed by Suse Ribeiro, in a funk-electronic-pop-rock sci fi record that will transport the audience to futuristic and intergalactic environments.

Adding to all this, a colour palette was thought (and will be executed) present in the videos developed by ESMAD-IPP, which accompany the presented acts, as well as the costumes designed by Cláudia Ribeiro based on the inspiration of beings from imaginary planets, in a participation of the Escola Artística Soares dos Reis.

From December 10th, the audience is thus invited to join a space (and special) trip, on the biggest circus arena (not in a circus tent) in Europe. An idea developed by a team of 60 professionals, over the last few months, and that will mark everyone’s imagination this year.

Until January 2nd, there are daily sessions (except Mondays and Tuesdays) at various times. Ticket prices vary between 8 and 18 euros, All information here.