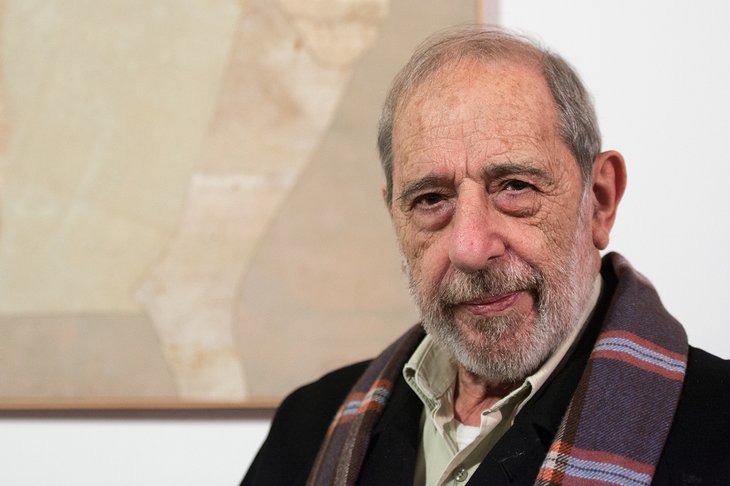 Álvaro Siza, one of the most decorated architects in the world, is awarded today, in Spain, the National Architecture Award of Spain 2019 for outstanding work in his field. According to El País, the ceremony will be held during the afternoon, totally online, with interventions by Siza and the heads of the Spanish and Portuguese Governments.

The decision to award the 2019 National Architecture Award of Spain to Siza Vieira, the first non-Spanish architect to be awarded this prize, was taken November last year, by the jury during the II International Congress " Art, City and Landscape", ["Arte, Cidade e Paisagem"], which was held in the Spanish city of Cuenca, and whose invited country was Portugal.

Almost one year after the announcement, the Portuguese architect will be awarded the "Premio Nacional de Arquitectura de España"; at that time, the Minister of Development, José Luís Ábalos, announced it on his Twitter account, saying that "I have just announced that Álvaro Siza was granted the National Architecture Award of Spain 2019. A Portuguese architect renowned worldwide, who has contributed significantly to Spanish architecture and cities".

The National Architecture Award is granted by the Government of Spain, on an annual basis, by the Spanish Government since 1932.

In Spain, Siza designed, among others, the Meteorological Centre at the Barcelona Olympic Villa, Cádiz Social housing district, the Faculty of Information Sciences of Santiago de Compostela, the Rectory building of the University of Alicante or the Zaida building in Granada.

Siza Vieira, Professor Emeritus of the Faculty of Architecture of Porto University- FAUP, has studied Architecture at the Higher School of Fine Arts in Porto (ESBAP) from 1949 to 1955.

He won the Pritzker Prize in 1992, the Mies van der Rohe prize in 1988, the national Architecture Prize in 1993, the Alvar Aalto Medal in 1998, the Royal Institute of British Architects Gold Medal in 2009), the Golden Lion Award at the Venice Biennial, in 2002 for best project and the Golden Career Lion in 2012, and more recently, Siza Vieira was granted the Grã-Cruz da Ordem da Instrução Pública [Grand-Cross of the Public Instruction) in 2017 and the Merit Medal by the University of Porto in 2018.

He is the author of many renowned projects worldwide. In the city of Porto, Siza Vieira designed the Serralves Contemporary Art Museum, The FAUP Building and the Bairro da Bouça, whose exhibit "Neighbourhood" was featured in Venice.