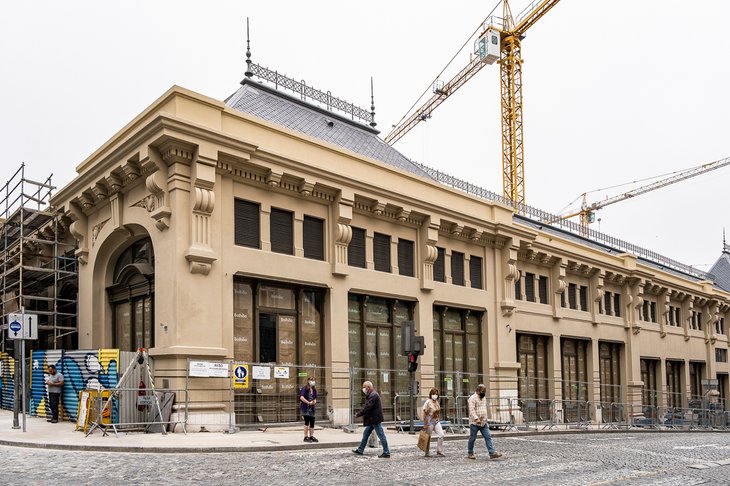 The Municipal Executive unanimously aproved a proposal to support the return of traders to the ancient and now fully renovated Bolhão Market. The amount of 2.13 million euros has been approved for adaptation works and rearrangement of business spaces.

The proposal is signed by the councillor for Economy, Tourism and Trade, Ricardo Valente, and states that the value will be used by the said traders to implement adaptation works to both their outside and inside business spaces.

“The Municipality considers that it should attach an amount to liquidate to the said traders [historic] - licence holders for restaurants and outside store rent contracts – thus supporting the costs involved in their comeback to the new spaces”, the document reads.

The Executive led by Mayor Rui Moreira proposes that two support modalities are in place: the payment of adaptation works of indoor restaurant space in an estimate amount of 268 thousand euros, and the restocking of outside stores (and respective tenants), in an amount of 1.86 million euros to be handed out to 25 traders, totalling circa 2.13 million euros.

This amount will also be used to replacement works regarding things as they were prior to the rehabilitation endeavour, and enabling the necessary conditions for restaurants and stores to open doors to the public, once woks are concluded.

The renovation of the Bolhão Market was officially incorporated on 15 May 2018; it is estimated that it will be concluded in the second half of this year.

The refurbishment work, by ACE – Lúcios & ACA, winner of the public international tender launched by Porto City Hall, is estimated at 22. 3 million euros.

It is worth recalling that the milestone building - which is over 100 years old - is undergoing long time due deep renovation work and that in the meantime, traders were accommodated at the La Vie Shopping Centre, a 5,000 square meters space.

This temporary building provided traders with the necessary standard of comfort and hygiene as well as the operational conditions to run their businesses; everything is designed according to the type of activity. The traditional areas of the fresh market (like fruit, vegetables, meat, fish, or flowers) are grouped in sections and can be identified according to colour. There is also a dining area and a specific space for the outdoor shops of the original market.

The Temporary Market is the decent and proper solution offered by Porto City Hall for tenants and merchants to continue operating their businesses just meters away from the traditional space they have occupied for generations.

“This was a fully accomplished objective, as 62 traders and 26 tenants chose to come back to the ancient old now newly renovated landmark building”, reads the proposal.