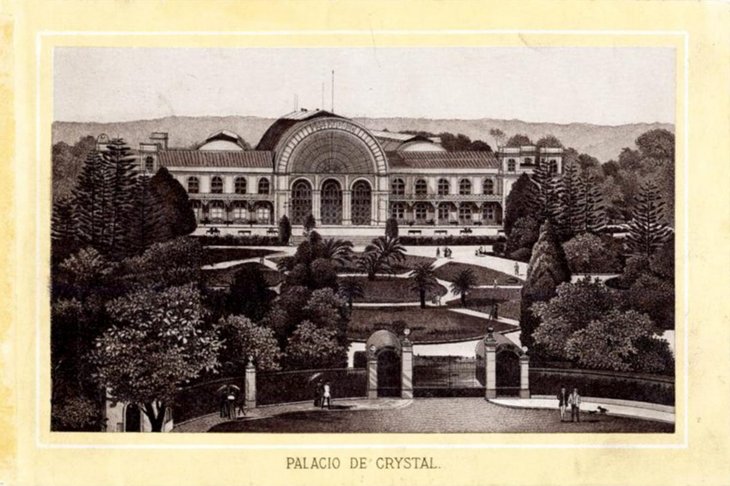 The Invicta still longs for the magnificent building that once stood as the Palácio de Cristal, which names the place where now stands the Super Bock Arena- Pavilhão Rosa Mota.

This building was inaugurated on 18th September 1865 and was named "Palácio de Cristal", as it was modelled on the building of the same name, The Crystal Palace in London. The British architect Thomas Dillen Jones used building materials such as iron, granite and glass. At 150 meters long and 72 meters wide, the principal structure was divided into three naves.

On that occasion, the building hosted the International Exhibition of 1865, themed "Exposição Internacional do Porto", which was inaugurated on 18 September, by the Portuguese king Luís I and his consort Maria Pia of Savoy. It was the first world fair to be held on the Iberian Peninsula.

The "Exposição Internacional do Porto" included 3,139 exhibitors, of which 499 were French, 265 German, 107 British, 89 Belgian, 62 Brazilian, 24 Spanish, 16 Danish as well as various other representatives from Russia, the Netherlands, Turkey, the United States and Japan. This exhibition would be on show till January 1866. The event was deemed to be a remarkable success both to the city of Porto and for Portugal.

Since then, it is one of the most sought for sites in Porto, with splendid viewpoints overlooking the river Douro, near the Chapel of Carlos Alberto, commissioned in 1850, by the Princess Augusta de Montléart, step sister of King Charles Albert of Sardinia, who was in exile in Porto.

Take the opportunity to go for a stroll under the Linden Avenue, aka the 'Avenida das Tílias', which is also a privileged space of Porto Book fair, organised by Porto City Hall, where renowned figures of the Arts are honoured with a Tília.

The building was demolished and replaced by the Rosa Mota Sports Pavilion, in 1951.